Apple is planning to use Qualcomm's 5G modem for three new iPhones to be released in 2020, reports Nikkei.

All three of the new iPhones will carry the most advanced 5G modem chip, known as X55 that is designed by U.S. mobile chip developer Qualcomm, four people familiar with the plan told Nikkei. The chip, which enables much faster downloads, faces such an increase in demand that there could be supply constraints, one person added.

Nikkei also reports that the new iPhones will feature an A14 chip manufactured by TSMC on its 5nm process. Additionally, Apple is said to be working on a new 3D sensing rear-camera that can sense the environment and detect objects for augmented reality applications.

Previous reports have indicated that Apple has set an aggressive timeline of 2022 for the launch of its own 5G modem for iPhone. Given the amount of development, testing, and certification that needs to be done, it's expected that company will have to push hard to meet this goal. 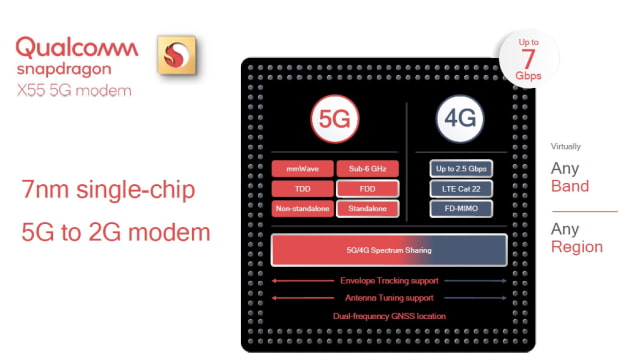