As we can tell, it looks like a new way to restore an iPhone, iPad, and other Apple devices without the need to connect them to a computer. It’s not yet possible to access it in the system as the feature is still under development and can be scrapped at any time.

Based on the references found, it appears to be possible to restore iOS directly over-the-air; as well as, by connecting the device to another iPhone or iPad. It could work similar to macOS Internet Recovery which has been available on Macs for years and lets users reinstall their operating system over the Internet.

It's unclear when of even if Apple plans to release this feature but it could be necessary if Apple launches an iPhone without a physical connector as rumored. 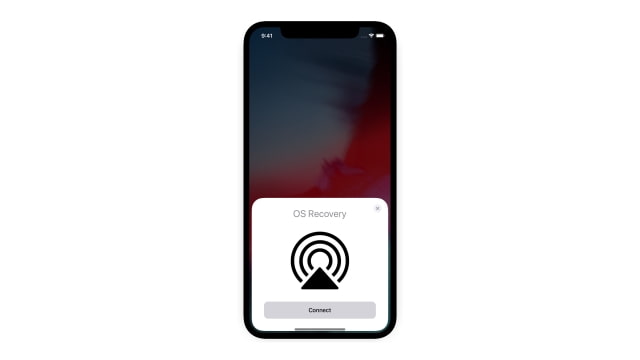 the voice of reason - February 26, 2020 at 10:55pm
A phone without a connector would be idiotic for two reasons: (1) the world is not full of wireless charge pads yet, am I supposed to carry one with me? (2) When my battery is low at work I prefer to plug it in so that it charges while I am using it. When I use a pad, every time I use it I stop charging.
Reply · Like · Mark as Spam
Recent