Apple's new iPad Pro features an A12Z Bionic processor which at first appeared to be a new chip; however, it may actually be an A11X Bionic SoC with another GPU core enabled.

After noticing that benchmarks of the new iPad Pro were very similar to the 2018 iPad Pro, NotebookCheck wrote:

The primary difference between the A12X Bionic and the A12Z Bionic appears to be the presence of an additional GPU core in the latter. But what would prompt Apple to release a whole new chip just with one minor difference?

They posted the question to TechInsights. Yuzo Fukuzaki, a Senior Technology Fellow, confirmed that indeed the A12X physically has eight GPU cores, despite only seven being enabled. TechInsights says it plans to conduct a floorplan analysis to see if there are any physical differences between the A12X and A12Z.

It's suggested that Apple may have deliberately left a GPU core disabled in the A12X for enabling with the new iPad Pro, saving the company from needing to develop an A13X. If the rumors are correct, Apple could jump right to an A14X built on a 5nm process with the 5G iPad predicted for Q4 2020. 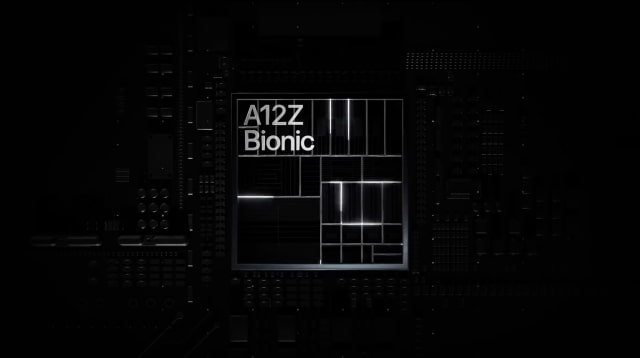