The Pixelmator Photo app for iPad has been updated with trackpad and mouse support, Split View, ML Match, and much more. The update makes the photo editing app compatible with the new Magic Keyboard for iPad Pro.

Pixelmator Photo is a photo editor unlike any other. It features a collection of nondestructive, desktop-class color adjustments. A set of gorgeous presets inspired by analog photography. A magical Repair tool to remove unwanted objects. Full support for editing RAW images. Artificial intelligence that automatically improves photos like a pro photographer. And it's designed exclusively for iPadOS, bringing the most native and intuitive editing experience imaginable. 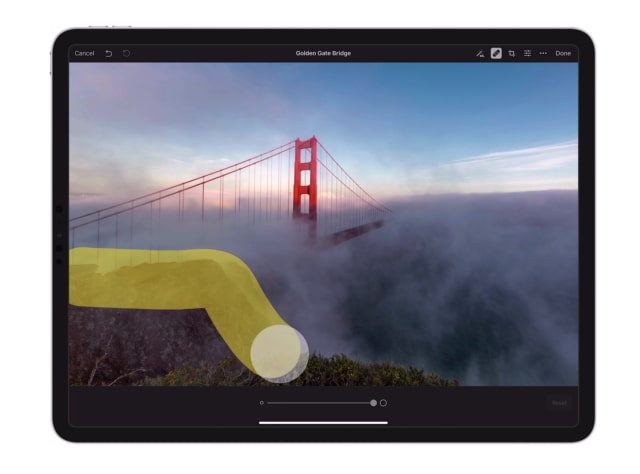 What's New In This Version:
Pixelmator Photo 1.2 introduces support for editing photos using a Magic Keyboard, trackpad, or mouse, lets you work in Pixelmator Photo and any other app side by side using Split View, adds the incredible ML Match Colors, and includes a whole lot more.

New Features:
• Magic Keyboard, trackpad, and mouse support brings an all-new way to edit in Pixelmator Photo.
• Use Pixelmator Photo and any other app side by side with support for Split View.
• Match the look and feel of one photo to another using the incredible, machine learning-powered ML Match Colors.
• Control the intensity of color adjustments and presets using the new intensity slider.
• Quickly apply the adjustments from your most recently edited photos using the automatically generated Recents collection of presets.
• Use the new Copy Adjustments and Paste Adjustments actions to easily copy and paste adjustments between photos.
• Share images directly from the Photos browser without having to open them. 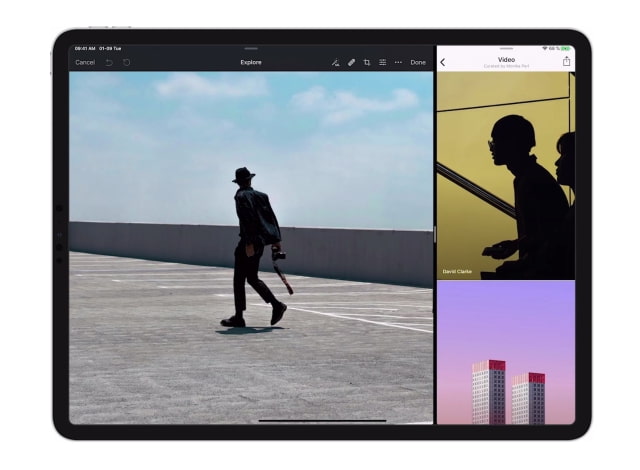 Improvements and Fixes:
• When capturing screenshots, you can now tap Full Page to take a screenshot of your entire photo without any interface elements.
• You can now keep certain color adjustments turned on or off by default when opening new photos.
• Locked adjustments will now be collapsed.
• App settings have been moved from the Settings app to the More menu inside Pixelmator Photo itself.
• The Undo and Revert buttons are now icons rather than text, fixing a few localization issues.
• When opening images currently in iCloud, downloads can now be canceled.
• Double-tapping the canvas will now zoom photos to their actual size.
• The position of color adjustment presets will be saved and restored when opening different photos.
• A new Save option lets you save any preset to the Custom collection.
• Deleting or reverting a photo to the original inside Pixelmator Photo will now also delete its linked file.
• When opening photos using the Photos browser, the file name would sometimes be displayed incorrectly. Fixed.
• When previewing images in the Photos browser, an empty black image would appear if a higher resolution preview could not be loaded. Fixed.
• Fixed an issue with the preview of empty images in Photos.
• The wrong image would sometimes briefly appear when swiping between photos in the Photos browser. Fixed.
• When opening or closing albums, the animation of the Back button would sometimes be incorrect. Fixed.
• When new images are added to your Photos library or changes are saved and our Photos browser is updated, certain interface elements could be displayed incorrectly. Fixed.
• Sometimes, multiple color adjustment presets could be selected. Fixed.
• Attempting to open images from the Photo Stream would sometimes cause Pixelmator Photo to quit unexpectedly. Fixed.
• Adjustment names would be truncated when the bold text setting was turned on in Traditional and Simplified Chinese localizations. Fixed.
• In certain cases, opening files from other apps and attempting to save changes would not work. Fixed.
• When opening photos from other apps or restoring the app, it would not be possible to cancel the action. Fixed.
• Sharing photos via AirDrop after batch editing would not work. Fixed.
• Using AirDrop to share multiple PHOTO files would cause Pixelmator Photo to quit unexpectedly. Fixed.

You can purchase Pixelmator Photo from the App Store for $4.99. 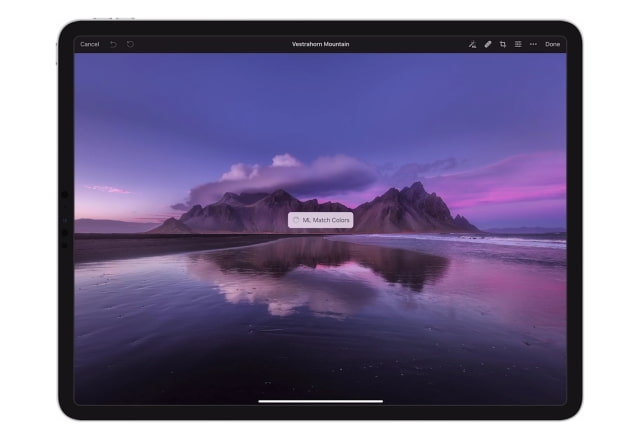