Twitter has announced that the official Twitter app for macOS has been updated with timeline streaming support. Mac users have been without the feature since Twitter remove the streaming API in August 2018.

What’s that new button in your timeline settings on Twitter for Mac? It’s a “Pin to top” toggle! Turning it on will keep you at the top of your timeline and let the latest Tweets stream in –– no need to manually refresh your timeline. 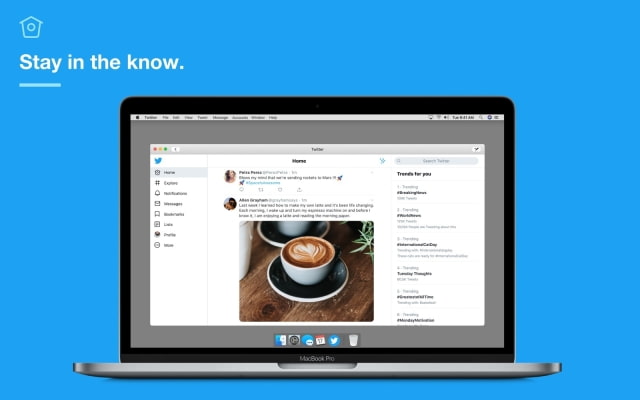 What's New In This Version:
We made a number of improvements to Twitter.

A few highlights specific to Twitter for Mac:
●Now you can pin your Latest Tweets to the top of your timeline. That way, when new Tweets happen, you’ll immediately see them when you’re at the top of the timeline. Just turn on the toggle in your timeline settings.
● Fixed: While using input method, the marked text has missing underline.
● Fixed: Permission dialog for Photos no longer presented when opening Composer window. 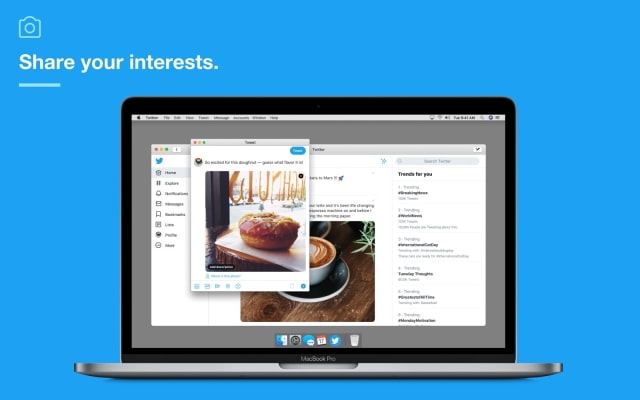 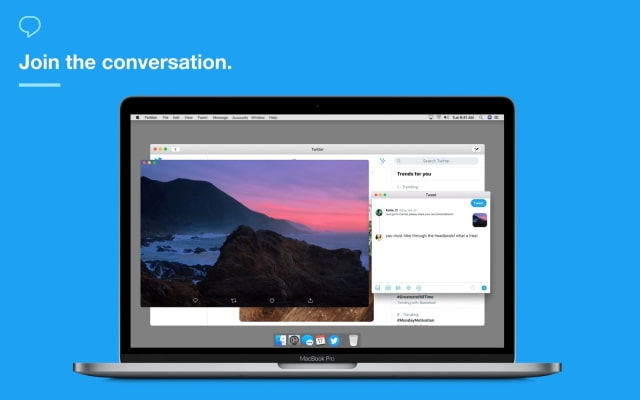