The Apollo for Reddit app has been updated with numerous improvements including multiple media viewer enhancements, iPad mouse/trackpad support, Reddit Polls, and much more.

Apollo is a beautiful Reddit app built for fast navigation with an incredibly powerful set of features. Thanks to features like the Jump Bar, fully customizable gestures, and a super-charged Media Viewer, browsing Reddit has never been this amazing. 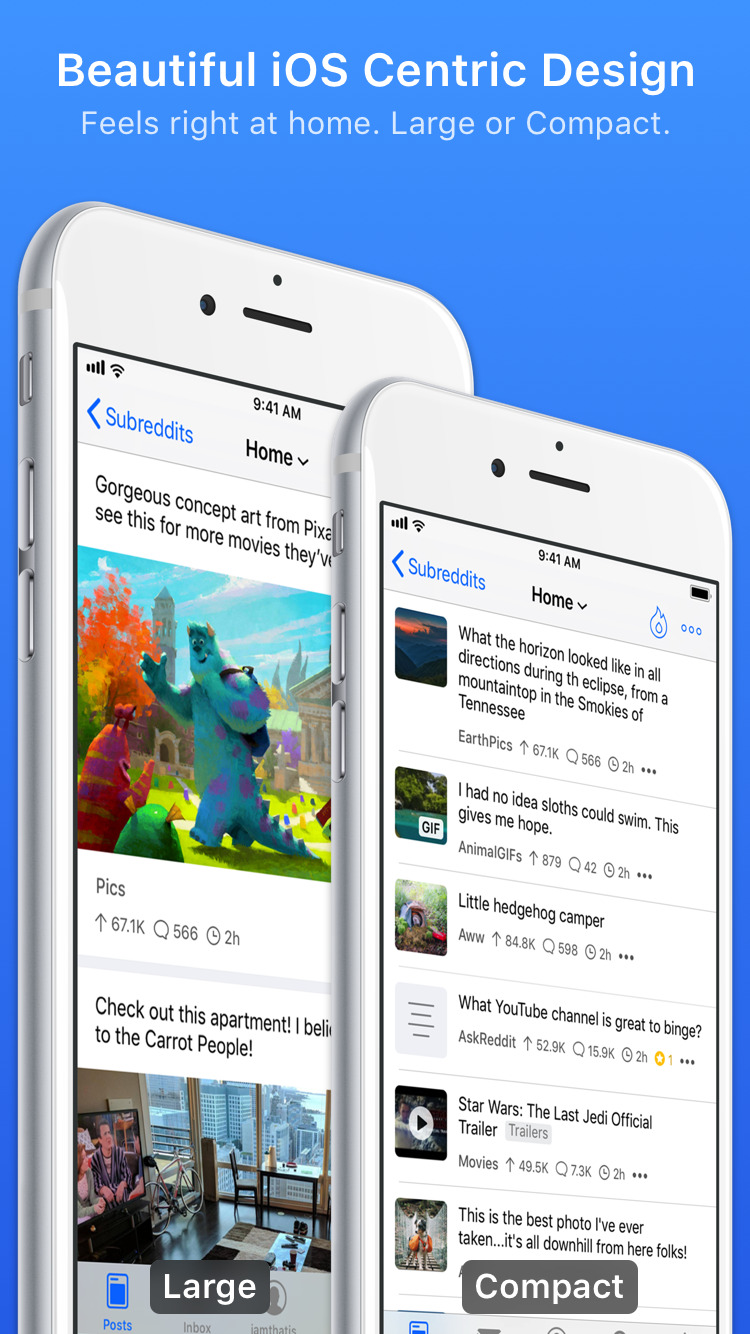 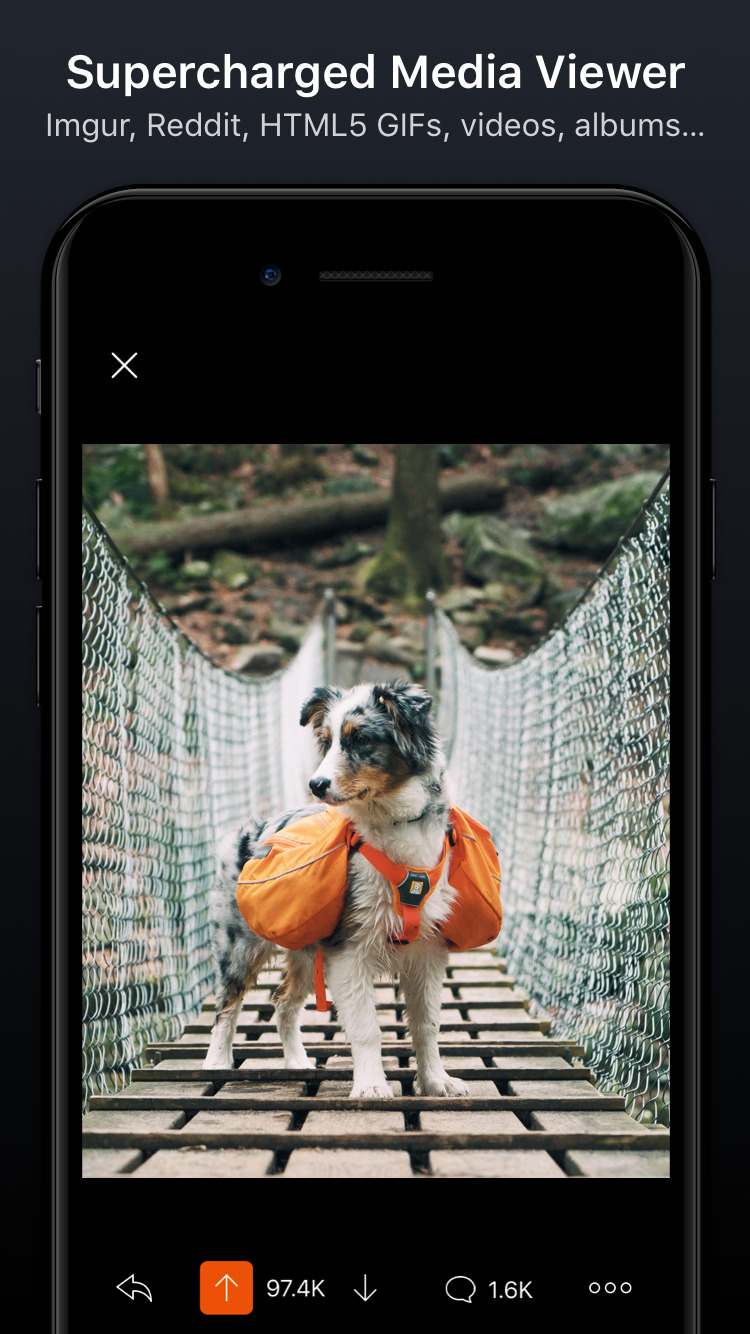 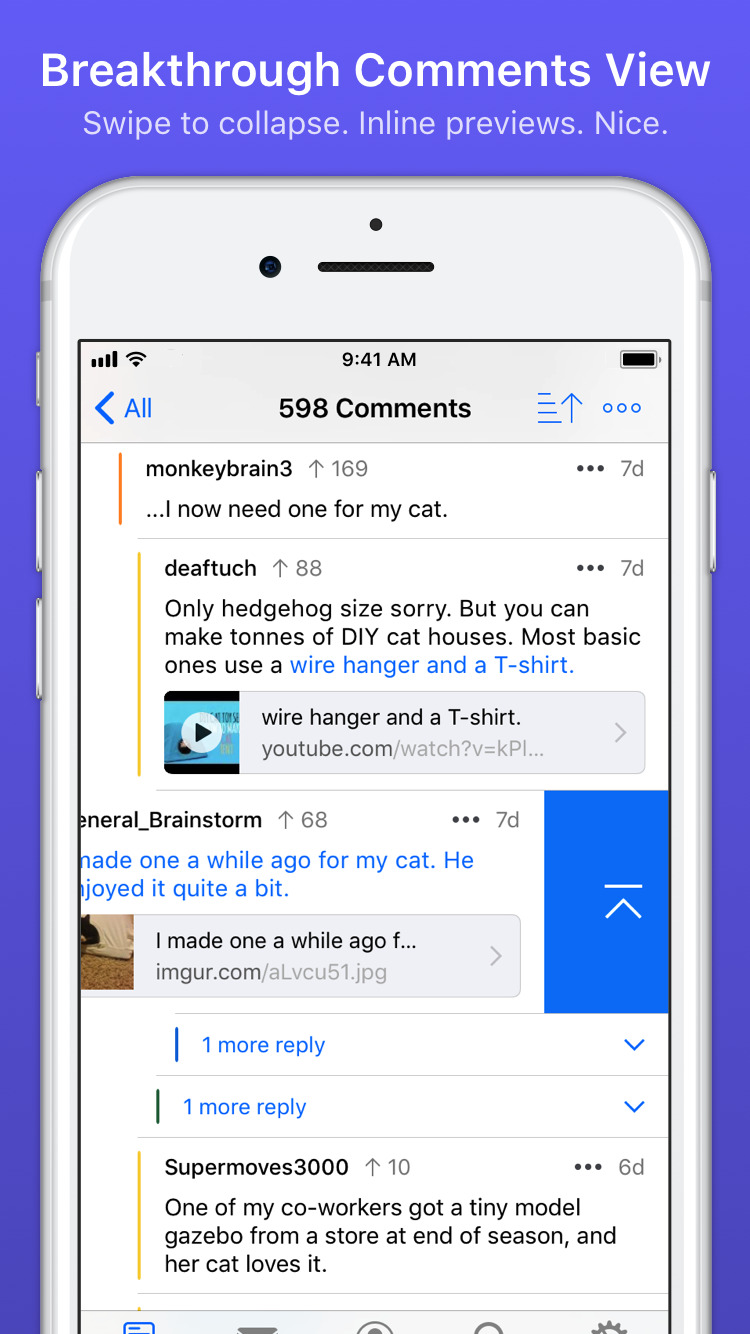 Here we goooo! Apollo 1.8 is now available, it brings a ton of awesome improvements, focusing specifically around the media viewer, but also extending to a ton of different areas of the app. Apollo already makes consuming media from Reddit a super smooth and enjoyable experience, and this update really brings it to another level, especially alongside all the other goodies. So without further ado, here’s all the awesome stuff!

# Media Viewer (Images, GIFs, Videos, etc.)
- In addition to GIFs, videos now also play inline in the feed, so you no longer have to tap into them in order to see what’s going on at a glance.

- Fixes a longstanding bug where when playing music in the background Apollo sometimes wouldn’t resume the audio if it interrupted it because you wanted to play a video.

- Media is also more clear if there was an issue loading it (say, the site’s having some trouble)

# Share Comment or Post as an Image
- If you’re the type that likes to screenshot a funny comment or post and send to a friend, now you don’t have to mess around with screenshoting, then cropping, or piecing together multiple images, Apollo will handle it all for you. Just tap “Share as Image” and Apollo will generate an image of the post or comment(s) ready for you to share, and stitch together as many screens as necessary. You can even share image posts as well, for instance if you want to have the title merged with the image for context.

# 5 (Five!) New App Icons to Choose From
I was working so hard on this update that I blasted right through April so I’m including April’s as well as May’s Ultra icons in this update. And as a thank you for your patience as I worked away at this update it also includes 3 brand new, highly requested icons for the Community Icon Pack. I really love these icons, the beautiful jungle theme is by Ilya Shapko, the ethereal astronaut is from Lalit, and for the community icons, the sketch icon is from Charlie Chapman and his podcast, the incredible knight by ben5292001, and crazy cool fiery icon from joeyeatsfridays.

# New Reddit Awards
- Reddit recently updated the award system to evolve from just Silver, Gold, and Platinum to a variety of fun, new awards. You can view and gift them!

# Reddit Polls
- Support for the new Reddit Polls! Have fun voting in heated community discussions about the intricacies of crocheting.

# Comment Parent Previewing
- On iOS 13 and later comments now get a nice context menu when you use haptic touch on them, but beyond just having some nice options it’ll now actually show you the parent comment to the comment you selected!

# Misc
I also improved icons in small ways across the app, to make things feel a little more crisp, nice, and pretty. Select Mode is also available in more places, and it automatically selects the text right away to be even faster/friendlier. In addition to this, the new modern iOS 13 Context Menus are supported fully across the app, which makes Apollo feel even more like the iOS first class citizen it is! And of course, there is a bunch of awesome bug fixes and performance improvements across the board, should make Apollo feel even snappier.

# Thank You
Y’all are genuinely the best community, thank you so much for all the support and I really hope you enjoy this update, a ton of work went into it! I have some really great updates in the pipeline for the rest of 2020 as well. :) 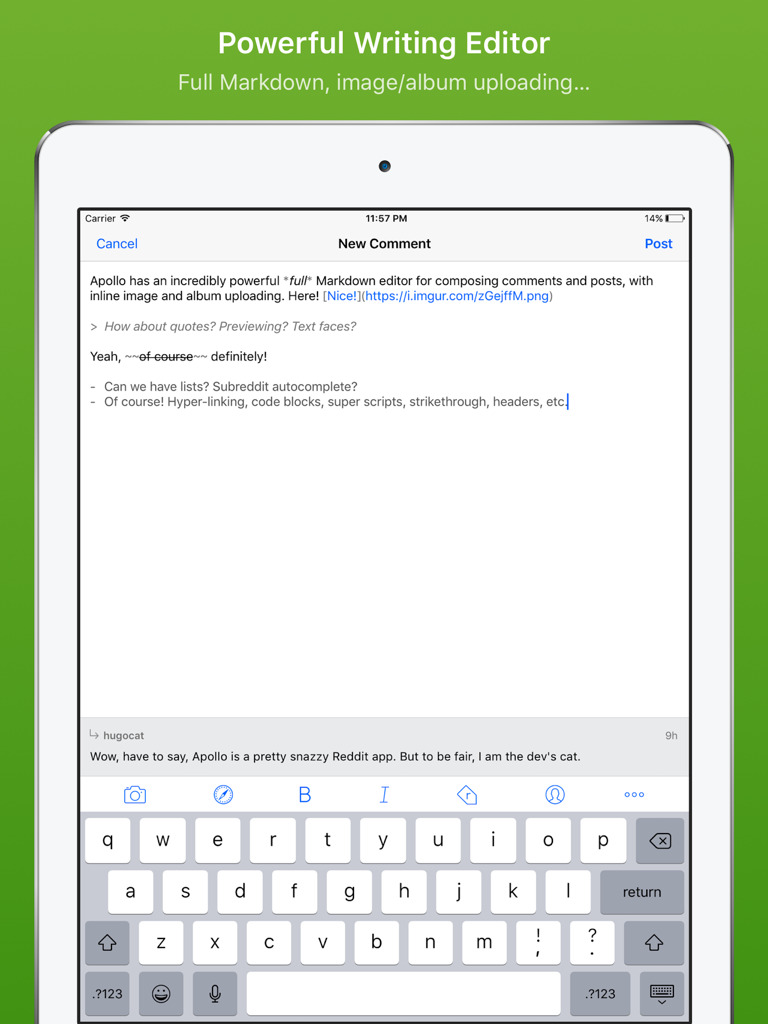 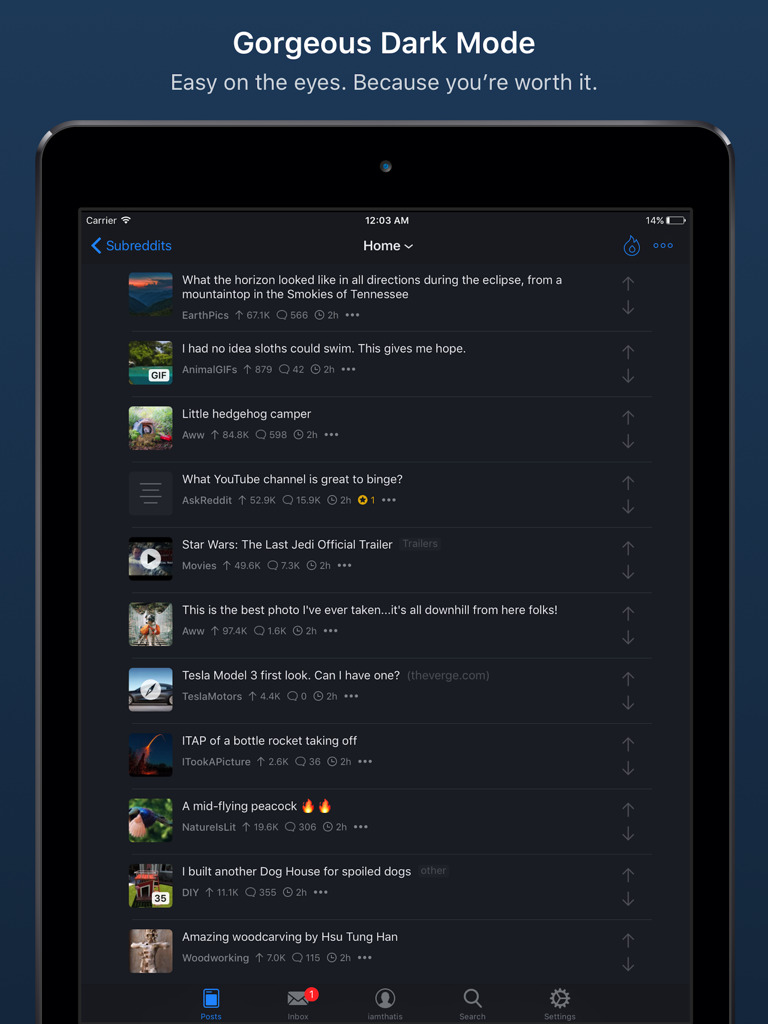