The Pixelmator Photo app for iPad has been updated with new shortcut menus, redesigned adjustment preset management, improved batch editing, and much more.

Pixelmator Photo is a photo editor unlike any other. It features a collection of nondestructive, desktop-class color adjustments. A set of gorgeous presets inspired by analog photography. A magical Repair tool to remove unwanted objects. Full support for editing RAW images. Artificial intelligence that automatically improves photos like a pro photographer. And it's designed exclusively for iPadOS, bringing the most native and intuitive editing experience imaginable.

• Handy new shortcut menus all around the app let you do lots of useful things a lot more quickly.
• For example, you can now share, duplicate, and revert photos, copy and paste adjustments, and more simply by tapping a holding a photo in the Photos browser.
• Customize the color of buttons in Pixelmator Photo by choosing an accent color.
• Redesigned color adjustment preset management brings the ability to create and customize, rearrange, and even remove adjustment preset collections.
• Enjoy a much quicker way to batch edit photos with your workflows by setting workflows as favorites and applying them right in the Photos browser.
• Find your favorite batch editing workflows in the new shortcut menus in the Photos browser.
• Quickly import images as Pixelmator Photo files to the Files browser using the new Import to Files workflow.
• Create custom crop ratios using up to four digits.
• Use the new shortcut menus to rename and delete crop presets.
• Rearrange crop presets by dragging and dropping them to a new location.
• You can now stop the automatic creation of a Pixelmator Photo album in the Photos app.
• Enjoy a number of additional keyboard shortcuts.
• You can now turn off snapping while cropping.
• When downloading Pixelmator Photo edits from iCloud, a progress indicator will now be shown.
• A progress indicator will also appear when downloading images from iCloud during batch editing.
• A preset in the Recents collection will no longer be created when edits aren’t saved.
• The touchable area of sliders has been increased to make them easier to drag.
• When renaming things, the text will be automatically selected so you can start typing to replace it.
• The thumbnails of albums in your Photos library should now load more quickly.
• You can now turn off Overwrite Originals when editing in the Files browser, which will automatically create Pixelmator Photo files to save the photos you edit.
• The Overwrite Originals setting is now separate for the Photos and Files browsers.
• When moving the color wheel controls of the Color Balance adjustment, they would jump. Fixed.
• The thumbnails of the All Photos and Recents albums would not be updated after changes to those albums. Fixed.
• Attempting to run batch workflows would not work on multiple images with the same name. Fixed.
• Attempting to share multiple images with the same name would not work. Fixed.
• The button to go back to an album in the Photos browser would sometimes not appear. Fixed.
• The appearance of very wide or tall crop aspect ratios was incorrect. Fixed.
• The animation displayed when dismissing images was incorrect when dismissing a photo after deleting another photo. Fixed.
• Attempting to crop images to very wide or tall ratios would cause Pixelmator Photo to stop responding. Fixed.

You can purchase Pixelmator Photo from the App Store for $4.99. 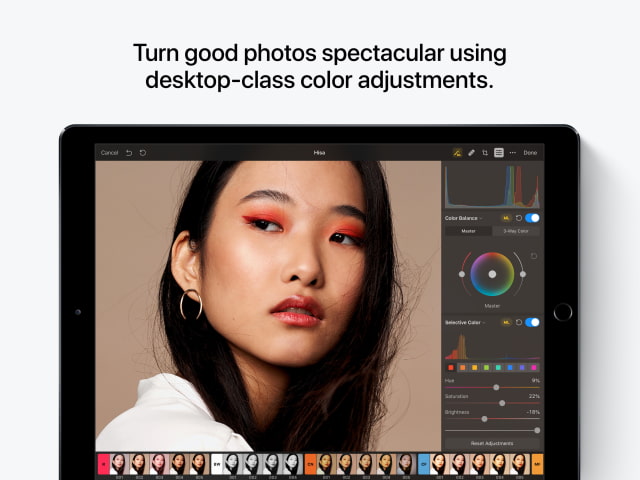 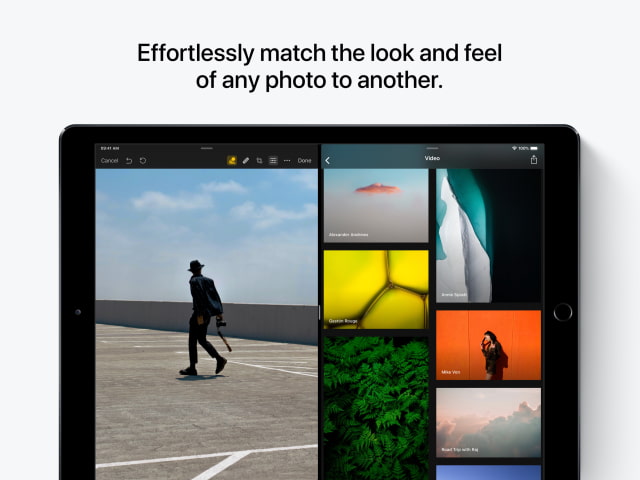 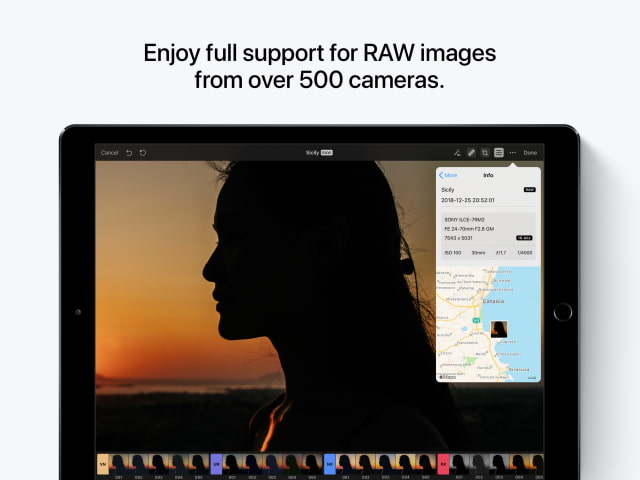