Apple is soldering down SSD storage on the new 27-inch iMac; however, an internal document for Apple technicians reveals that the 4TB and 8TB configurations have an expansion connector.

MacRumors reports that in the document, "Apple says that the flash storage is indeed affixed to the logic board and cannot be removed. However, for the 4TB and 8TB configurations, Apple says that a flash storage expansion board is attached to a connector on the logic board. In the 256GB, 512GB, 1TB, and 2TB configurations, the expansion board and connector are not present."

Apple also notes that the flash storage and logic board are paired together for hardware encryption. Thus if your logic board needs to be replaced your data will be lost.

The new 27-inch iMac is available to order now. Early benchmarks show a significant performance increase compared to the previous generation model. Backing up is more important than ever!

You can save some money to your iMac purchase by adding RAM yourself; however, it appears that for the future upgradability, you'd need to order the 4TB or 8TB storage configuration. 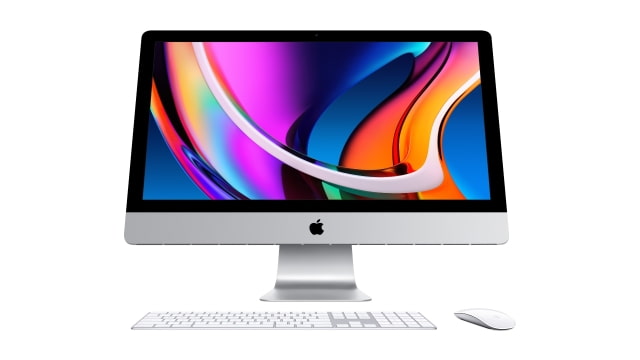