Microsoft has filed a statement in support of Epic Games in its battle against Apple.

Earlier this month, Epic Games launched a direct payment feature in Fortnite that saved users 20% but didn't give Apple 30% of its revenue. Apple promptly pulled the app from the App Store; however, the company was expecting this response and was ready with a lawsuit accusing Apple of anti-competitive restraints and monopolistic practices. A similar scenario played out with Google and the Play Store but it's possible to sideload Fortnite on Android so the impact to users isn't as severe. Apple then threatened to prevent Epic Games from accessing any of its developer tools by August 28 and crush Unreal Engine. Epic responded by filing for a restraining order.

Apple's response to the TRO request says that the 'emergency' is one of Epic's own making and that if Epic conforms to its rules it will reinstate the app. However, it is exactly these rules that Epic is alleging are anticompetitive and monopolistic.

In the wake of its own voluntary actions, Epic now seeks emergency relief. But the “emergency” is entirely of Epic’s own making. Epic’s agreements with Apple expressly spell out that if an app developer violates the rules of the App Store or the license for development tools—both of which apply and are enforced equally to all developers large and small—Apple will stop working with that developer. Developers who work to deceive Apple, as Epic has done here, are terminated. So when Epic willfully and knowingly breached its agreements by secretly installing a “hotfix” into its app to bypass Apple’s payment system and App Review Process, it knew full well what would happen and, in so doing, has knowingly and purposefully created the harm to game players and developers it now asks the Court to step in and remedy. Relief in these circumstances is not available under the law. And the injunction Epic seeks would threaten for everyone the benefits that Epic, developers and App Store customers have long enjoyed.

-----
Specifically, this response addresses the following points in Apple’s Opposition.

First, Apple argues that Epic’s requested relief relating to the Unreal Engine and the
revocation of developer tools is mandatory rather than prohibitory. (Opp’n 12.) That is
incorrect. Epic asks only that the Court preserve the status quo so that Epic continues to have the
same access to software, software development kits (“SDKs”), application programming
interfaces (“APIs”) and other developer tools that it has today.

Second, Apple argues that its actions with respect to the Unreal Engine and its revocation
of access to all developer tools and developer accounts are authorized by contract. (Opp’n 1.)
They are not. That argument fails to acknowledge the multiple contracts between Apple and
Epic affiliates and programmers. Apple has alleged a breach of only one such agreement, and
that agreement does not govern Epic’s access to developer tools for the Unreal Engine, the
distribution of apps that are used for development purposes by Unreal Engine licensees or
various other Epic Developer Program accounts. Even if those contracts did not violate the
antitrust laws, an alleged breach of the specific Developer Program License Agreement2
governing Fortnite would not justify Apple’s actions with respect to other Developer Program
accounts (including the account related to the Unreal Engine) or to the revocation of developer
tools, all of which are governed by separate agreements. Instead, the breadth of Apple’s
retaliation is itself an unlawful effort to maintain its monopoly and chill any action by others who
might dare oppose Apple.
-----

It's been reported that Epic Games has approached other developers to support its fight against Apple's App Store guidelines. Spotify has already voiced its support for Apple but we've yet to see filings from other companies. Please download the iClarified app or follow iClarified on Twitter, Facebook, YouTube, and RSS for updates. 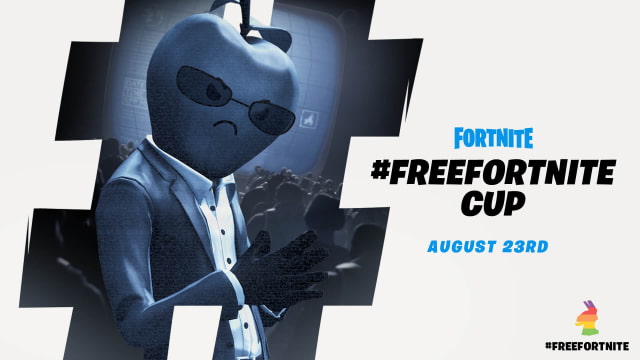 PaulieP - August 27, 2020 at 9:09pm
IClarified, do you monitor childish activities in your forums? Please do, it’s unhelpful to the comments section when trolls cry because they want attention. Might be time for a ban. Again, it’s unnecessary and counterproductive to intellectual conversations.
Reply · Like · Mark as Spam

PaulieP - August 24, 2020 at 6:11pm
Apple has done the same thing for years, epic baited Apple and is trying to rally people on their side but they’re doing it wrong. I agree 30% should be tiered based on app sales but Epic wants a “spécial deal” and that’s not cool either.
Reply · Like · Mark as Spam

ericidle - August 24, 2020 at 3:52pm
Microsoft only supports is against the possible removal of developer status for the unreal engine. Also Epic broke the App Store rules deliberately as they wanted Apple to kick them out so they could Release their pre made advert painting Apple as the bad guy. Disappointed that iClarified is showing bias here.
Reply · Like · Mark as Spam