Pixelmator Pro has been updated with extensive AppleScript support, the ability to use Repair and Clone on RAW photos nondestructively, and other improvements.

What's New In This Version:
Pixelmator Pro 1.8 Lynx brings support for AppleScript, the powerful and easy to use Mac scripting language, adds the ability to use the Repair and Clone tools on RAW photos nondestructively, and includes a number of additional improvements and fixes.

Improvements and Fixes
• The Repair and Clone tools now work nondestructively with RAW layers, preserving all their extended dynamic range data.
• You can now reset all changes made to RAW layers with the Transform, Repair, and Clone tools using the new Reprocess RAW command, which you can find by Control-clicking a layer in the Layers sidebar.
• In that same shortcut menu, you'll also find a new Export RAW command which lets you export the original RAW file directly from Pixelmator Pro.
• The performance of the Repair tool has been improved — starting a Repair tool brushstroke should now be much faster and the tool should also be more responsive in large images.
• The Paint tools will now start painting more quickly and responsively while the image is being scrolled, zoomed, or otherwise animated.
• When using the Repair tool with Sidecar and Apple Pencil, it should now be a little less sensitive to pressure changes to make it easier to paint strokes with more consistent sizes.
• The Repair tool overlay would sometimes not be visible when layers were behind certain other layers. Fixed.
• The scrollbars would not work correctly when drawing shapes with the Pen tool. Fixed.
• In certain cases, it was not possible to edit the text inside path text layers. Fixed.
• Text would sometimes shift slightly when starting to transform path text or edit its path. Fixed.
• The two-finger canvas rotation gesture can now be disabled using the following Terminal command:
defaults write com.pixelmatorteam.pixelmator.x canvasRotationGestureEnabled -bool false

You can purchase Pixelmator Pro from the App Store for $27.99. 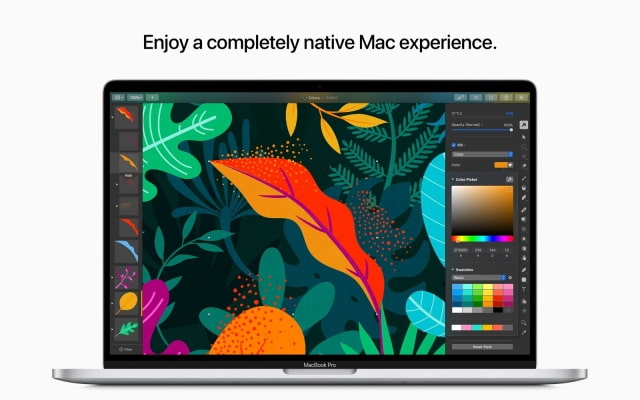 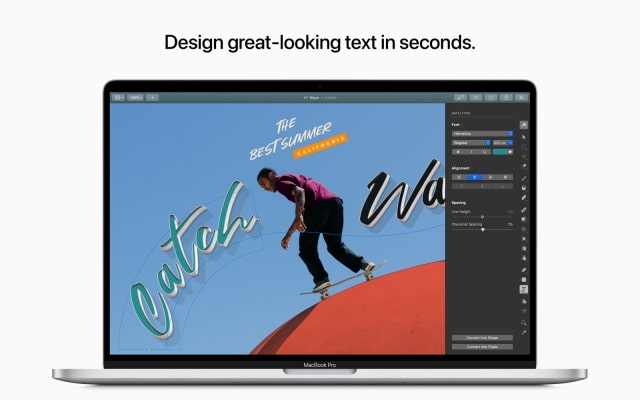 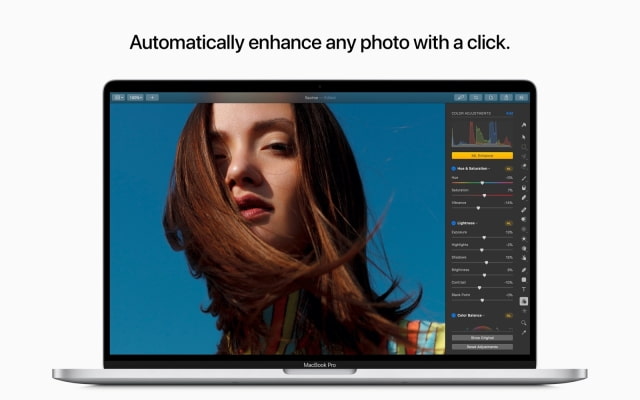