A beta of AltStore has been released to fix an app crashing issue caused by server side change on January 28th.

The AltStore team identified the problem on January 29th:

Due to some server-side changes, AltStore and other sideloaded apps installed after January 28 will now crash on launch. We’ve identified a fix and plan to release an update soon, but for now we recommend NOT refreshing any apps to prevent them from breaking.

The new beta should fix this issue:

A new *public* AltStore beta is now available! There are still some bugs we need to fix before an official release, but for most people this should fix apps crashing

You can manually update by re-installing with AltServer 1.4.3 beta available here: https://altstore.io/altserver/beta/ 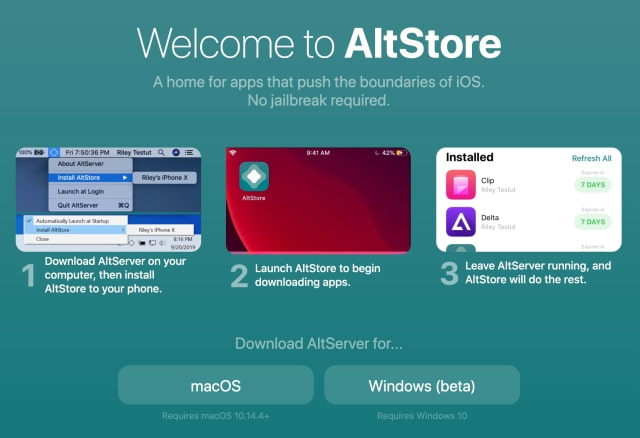