Microsoft has released Visual Studio Code as a universal binary with stable support for M1 Macs.

We are happy to announce our first release of stable Apple Silicon builds this iteration. Users on Macs with M1 chips can now use VS Code without emulation with Rosetta, and will notice better performance and longer battery life when running VS Code. Thanks to the community for self-hosting with the Insiders build and reporting issues early in the iteration.

The default download of VS Code for macOS is now a Universal build that runs natively on all Macs. On the Downloads page, you can find more links to architecture-specific builds for Intel or Apple Silicon, which are smaller downloads compared to the Universal package. 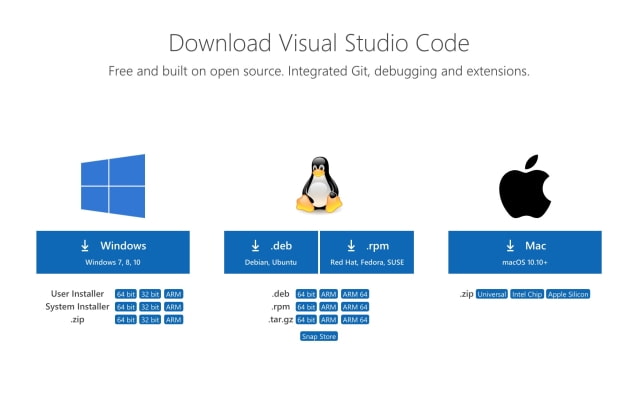 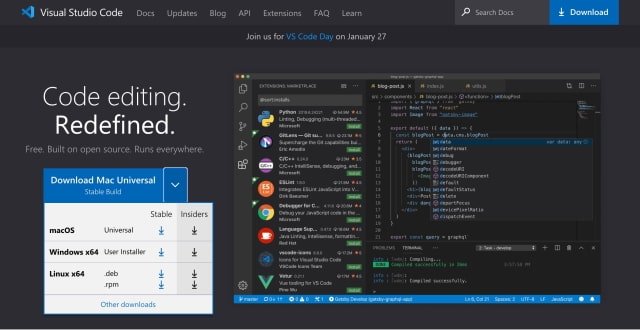