Facebook CEO Mark Zuckerberg says Apple's upcoming app tracking restrictions could put the company 'in a stronger position' than before. This despite Facebook launching a video and print campaign attacking the move.

Apple will soon prevent developers from being able to track devices across applications without getting explicit permission. This is a significant change for publishers and advertisers who rely on that ability to deliver targeted ads.

In a Clubhouse room on Thursday, Zuckerberg said he's confident the company “will be able to manage through”. He explained that the change could lead to businesses selling more of their goods directly through Facebook and Instagram.

“It’s possible that we may even be in a stronger position if Apple’s changes encourage more businesses to conduct more commerce on our platforms by making it harder for them to use their data in order to find the customers that would want to use their products outside of our platforms,” Zuckerberg said.

“Compared to the early conversations we had about how people would use this across Facebook and Instagram and our product, I think this is something that’s well on track to be something that’s going to be increasingly important to people,” Zuckerberg said. 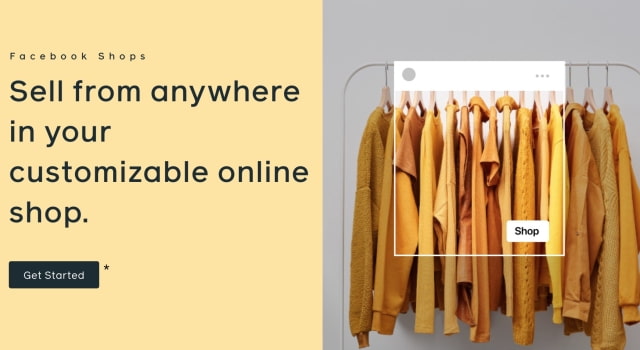 tobybartlett - March 21, 2021 at 2:31am
Could Zuck sound any more desperate? It’s pathetic. He built a billion dollar business exploiting people’s privacy. He cleverly did this while a majority of internet users didn’t know how much of their privacy was being invaded—and then monetized. Cut to 15-ish years later and everyone is realizing just how evil and unscrupulous Facebook is as a company. People are becoming aware that there are safer alternatives for every component of Facebook. People are getting vehement about their privacy matters. Consumers are now choosing their computer, ISP, even their health insurance provider based off of their privacy practices. Now with the upcoming iOS changes to allow users to stop Facebook following us across the internet, the estimates for potential revenue loss are projected to be between 25-75%. For a corporation that used a lack of privacy controls and oversight to illegally sell every bit of information about people, they have a big problem when this goes into effect in iOS 14.5. It will definitely be fascinating to watch how Facebook tries to work around this, or if they just launch as many other products hoping to recoup the lost revenue.
Reply · Like · Mark as Spam
1