A recently published Stanford study found that the Apple Watch is able to detect frailty in patients with cardiovascular disease.

Titled "Activity data from wearables as an indicator of functional capacity in patients with cardiovascular disease", the study aimed to determine if a home-based 6-minute walk test (6MWT) as well as passively collected activity data could replace in-clinic tests.

Methods
We enrolled 110 participants who were scheduled for vascular or cardiac procedures. Each participant was supplied with an iPhone and an Apple Watch running the VascTrac research app and was followed for 6 months. Supervised 6MWTs were performed during clinic visits at scheduled intervals. Weekly at-home 6MWTs were performed via the VascTrac app. The app passively collected activity data such as daily step counts. Logistic regression with forward feature selection was used to assess at-home 6MWT and passive data as predictors for “frailty” as measured by the gold-standard supervised 6MWT. Frailty was defined as walking
Results
Under a supervised in-clinic setting, the smartphone and Apple Watch with the VascTrac app were able to accurately assess ‘frailty’ with sensitivity of 90% and specificity of 85%. Outside the clinic in an unsupervised setting, the home-based 6MWT is 83% sensitive and 60% specific in assessing “frailty.” Passive data collected at home were nearly as accurate at predicting frailty on a clinic-based 6MWT as was a home-based 6MWT, with area under curve (AUC) of 0.643 and 0.704, respectively.

The study concludes that the passive activity data acquired from the Apple Watch were an accurate predictor of in-clinic 6MWT performance and that patients could be monitored remotely. 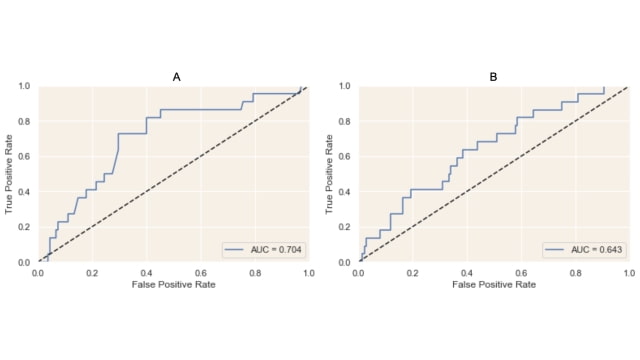