A new battery health recalibration feature has been found in iOS 14.5 beta 6 by 9to5Mac.

According to references in the code, the calibration feature will show up for users who have experienced reduced peak battery performance. The code even points to an Apple support article which is already live on Apple's website.

Here's how Apple describes the feature... 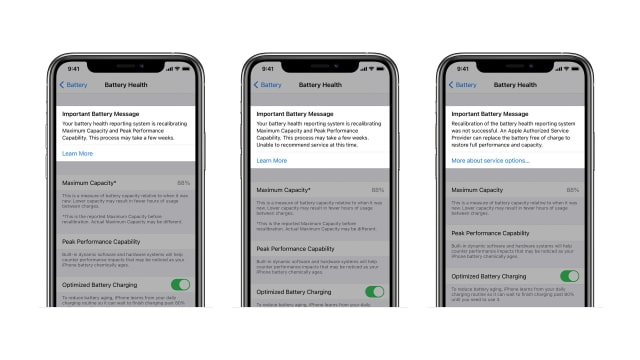