Apple has updated the M1 Mac mini with a 10 gigabit ethernet option.

Following the launch of the new Mac mini last year, some users were disappointed that the desktop computer no longer offered the faster networking port. In November, logic boards with 10GbE were spotted in Apple's internal ordering system; however, the option hasn't been available to customers until now.

It costs an additional $100 to configure a Mac mini with the 10GbE port. 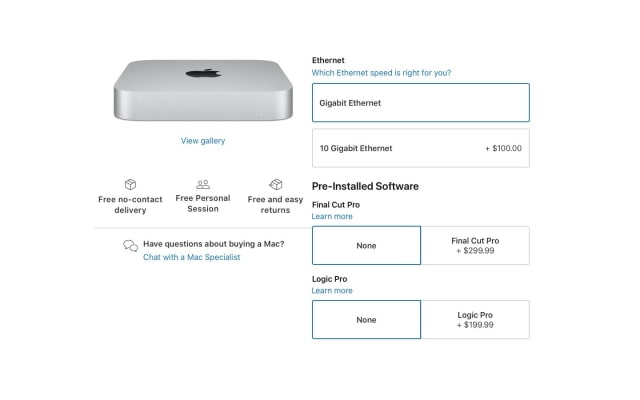