Canadian Prime Minister Justin Trudeau is being mocked for a photo of him using a fake MacBook.

"Is Justin Trudeau capable of keeping it real? The PM has been accused of being a fake feminist over his own Kokanee groping past and his treatment of women while in government, and his wearing of blackface had many question his claims of fighting racism. But using a fake MacBook to try to look cool?"

The photo from the Liberal's "Team Trudeau Training Hub" shows Trudeau using what appears to be a silver HP laptop with an Apple sticker placed over the HP logo. The disproportionate Apple logo, black power cable, and mirrored Windows operating system make it clear that this is not a MacBook. 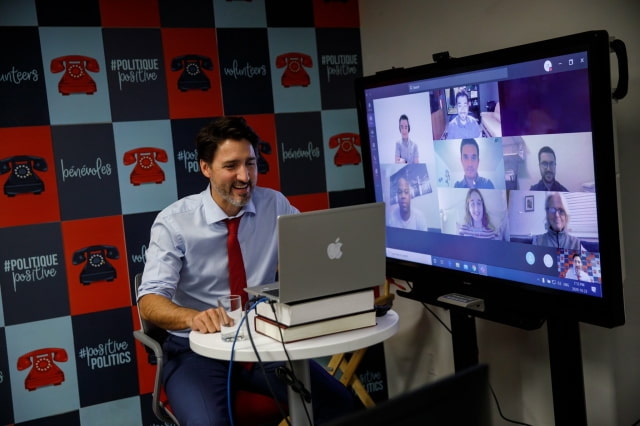