The narrower borders allow the display to maximize screen area, while minimally changing the dimensions of the watch itself. The design of Apple Watch Series 7 is refined with softer, more rounded corners, and the display has a unique refractive edge that makes full-screen watch faces and apps appear to seamlessly connect with the curvature of the case. Apple Watch Series 7 also features a user interface optimized for the larger display, offering greater readability and ease of use, plus two unique watch faces — Contour and Modular Duo — designed specifically for the new device. With the improvements to the display, users benefit from the same all-day 18-hour battery life, now complemented by 33 percent faster charging.

Apple Watch Series 7 has a stronger, more crack-resistant front crystal. It is the first Apple Watch to have an IP6X certification for resistance to dust, and maintains a WR50 water resistance rating. There are five new aluminum case finishes, along with a range of new band colors and styles.

New Design and Optimized User Interface
The stunning display of Apple Watch Series 7 offers nearly 20 percent more screen area and thinner borders at just 1.7 mm — 40 percent smaller than those on Apple Watch Series 6. Through an innovative design that maximizes the screen area while minimally changing the dimensions of the overall case size, Apple Watch Series 7 is available in 41mm and 45mm sizes. While the wrist is down, the Always-On Retina display is up to 70 percent brighter indoors than that of Apple Watch Series 6, making it easier to see the watch face without having to lift the wrist or wake the display.
The user interface is optimized to take advantage of the shape and size of the new display. Apple Watch Series 7 offers two additional larger font sizes, and a new QWERTY keyboard that can be tapped or swiped with QuickPath — allowing users to slide a finger to type — and utilizes on-device machine learning to anticipate the next word based on the context, making text entry easier and faster. With watchOS 8, larger menu titles and buttons in apps like Stopwatch, Activity, and Alarms also make the screen even simpler to interact with. 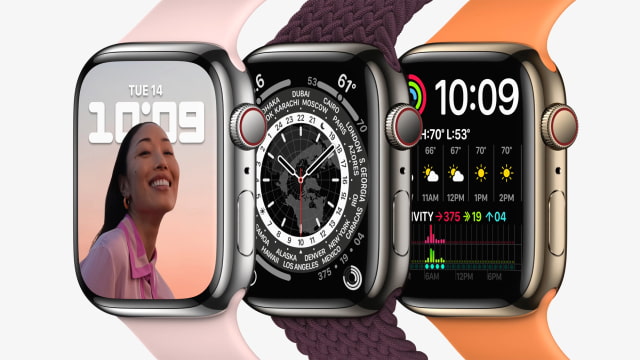 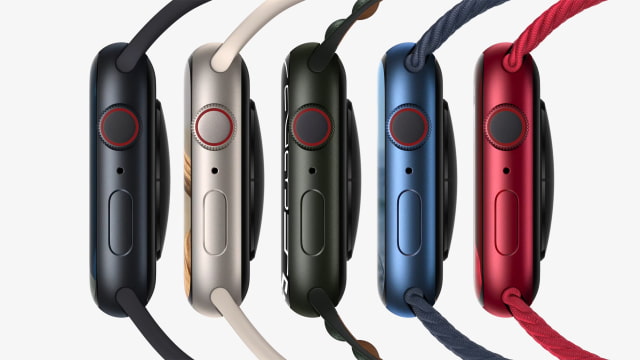 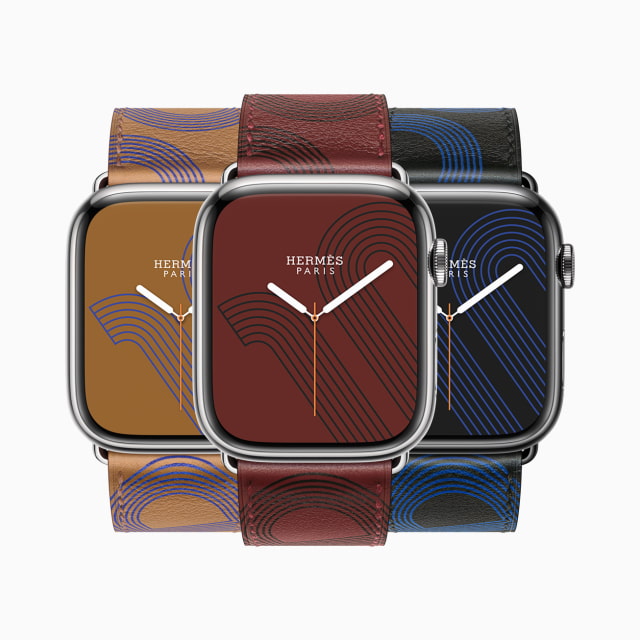 watchOS 8
watchOS 8 debuts additional watch faces designed specially for the larger display on Apple Watch Series 7. The new Contour face takes the dial right to the edge of the display and fluidly animates throughout the day, emphasizing the current hour. The new Modular Duo face leverages the extra screen area with two large, data-rich center complications. Separately, the classic World Time face, based on heritage watches and ideal for travelers, tracks the time in 24 time zones around a double dial, and is available on Apple Watch Series 4 and later. The Portraits face uses the depth capabilities of iPhone Portrait mode to compose a beautiful, personalized experience. 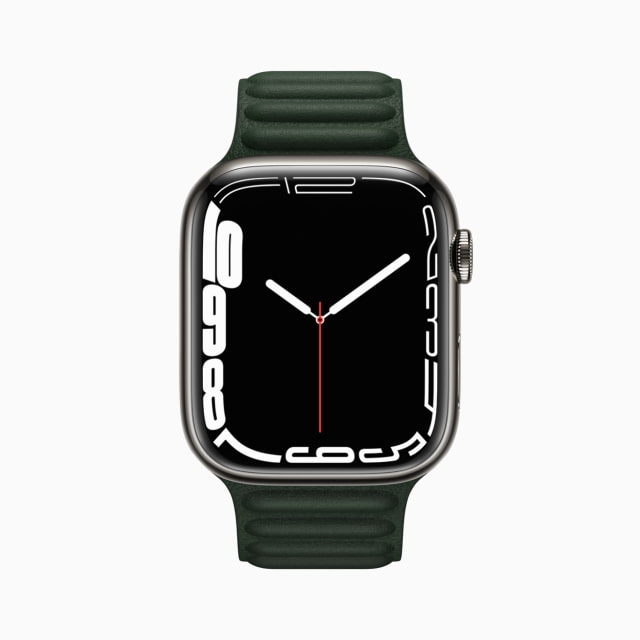 Cycling, Workout, and Fall Detection Updates
watchOS 8 also brings new features to anyone who rides a bike. Apple Watch uses advanced algorithms to analyze GPS, heart rate, accelerometer, and gyroscope data to detect when users begin a ride, and prompts them to start an Outdoor Cycle workout if onen was not initiated.6 As with all automatic Workout reminders, cyclists will see their metrics from when they first started their workout. Additionally, cycling workouts have auto-pause and resume, so metrics more accurately reflect time spent moving versus stationary, like waiting at a stoplight.

Apple Watch can more accurately measure active calories when riding an e-bike, with an updated cycling workout algorithm that evaluates GPS and heart rate to better determine when users are riding with pedal-assist versus leg power alone. New voice feedback through the built-in speaker of Apple Watch, or through AirPods or other Bluetooth headphones, will also automatically announce workout milestones and Activity ring status, helping users stay focused during activities like running or HIIT.

Since its launch in 2018, fall detection on Apple Watch has proven to be a valuable safety tool, recognizing if a user is immobile for approximately one minute if a hard fall is detected, and initiating a call to emergency services right from the wrist. With watchOS 8, fall detection algorithms are updated and optimized for detecting falls during workouts — including cycling — and have been tuned to recognize the unique motion and impact of falls from a bike and other workout types. 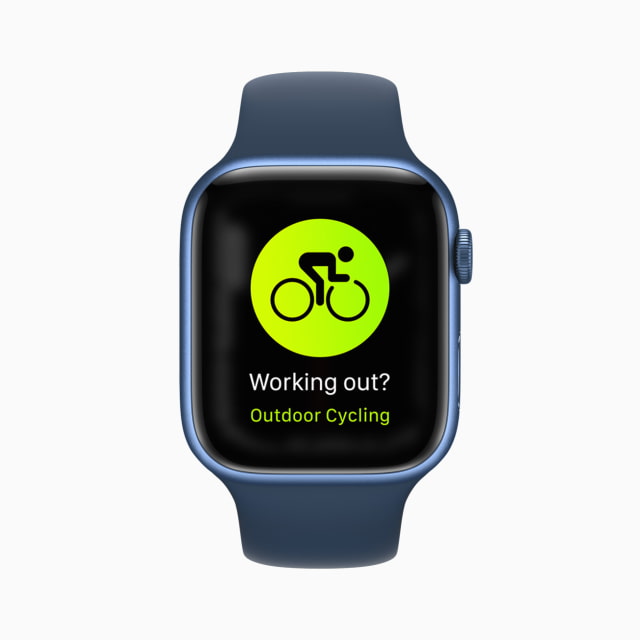 Apple Watch Nike and Apple Watch Hermès also introduce exclusive new bands and watch faces this fall. The refreshed Nike Sport Loop comes in three colors, and features the Nike Swoosh and logo text incorporated into the weave of the band, pairing smartly with the new Nike Bounce watch face, which dynamically animates with the tap of the screen, scroll of the Digital Crown, or move of the wrist.

In addition to the vibrant color updates across the Classic, Attelage, and Jumping styles, Apple Watch Hermès introduces two new styles. Circuit H is a bold graphic representation of a signature anchor chain design, printed in Swift leather with a complementary watch face, and the Gourmette Double Tour pays homage to 1930s Hermès collars, with links weaving fluidly together in supple Fauve Barénia leather. This band wraps gracefully twice around the wrist and is an iconic representation of the recurring chain motif. 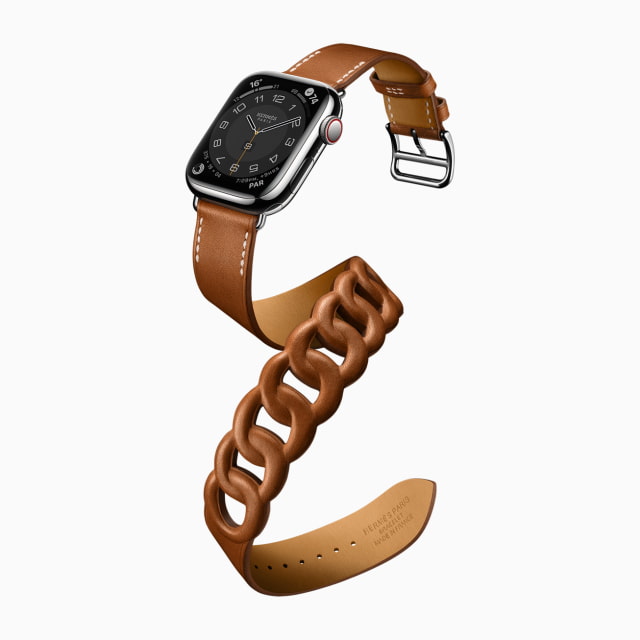 Apple Fitness+
On Monday, September 27, Apple Fitness+, the first fitness service built entirely around Apple Watch, will introduce a new body-conditioning workout type with Pilates and a simple way to practice mindfulness anywhere, anytime, with guided Meditation. Fitness+ is also introducing a new program called Workouts to Get Ready for Snow Season, featuring two-time Olympic gold medalist and five-time world champion skier Ted Ligety, along with Fitness+ trainer Anja Garcia. Later this fall, Fitness+ will introduce Group Workouts with SharePlay, where users can work out with up to 32 people at once to keep each other motivated.

Later this year, Fitness+ will be expanding to 15 new countries — Austria, Brazil, Colombia, France, Germany, Indonesia, Italy, Malaysia, Mexico, Portugal, Russia, Saudi Arabia, Spain, Switzerland, and the United Arab Emirates — where it will be available in English with subtitles in six languages, so more people around the world can experience the workouts led by a diverse and inclusive team of trainers whose approach is welcoming to all. 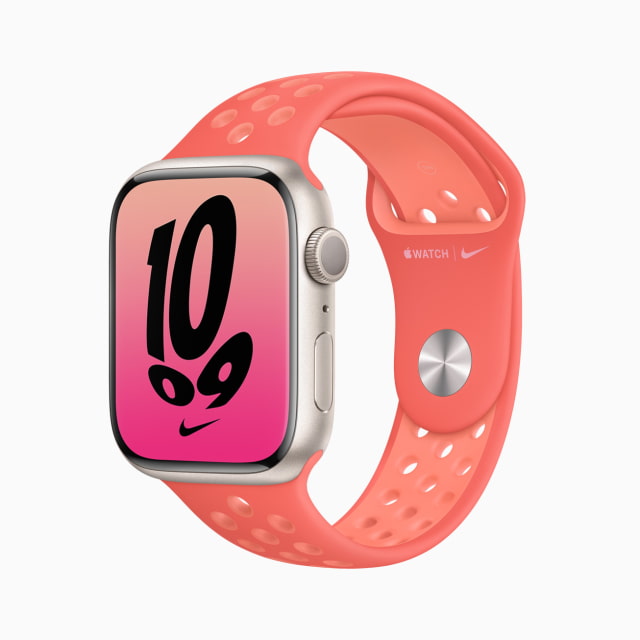 Today, Apple is carbon neutral for global corporate operations, and by 2030, plans to have net zero climate impact across the entire business, which includes manufacturing supply chains and all product life cycles. This means that every Apple device sold, from component manufacturing, assembly, transport, customer use, charging, all the way through recycling and material recovery, will be 100 percent carbon neutral. 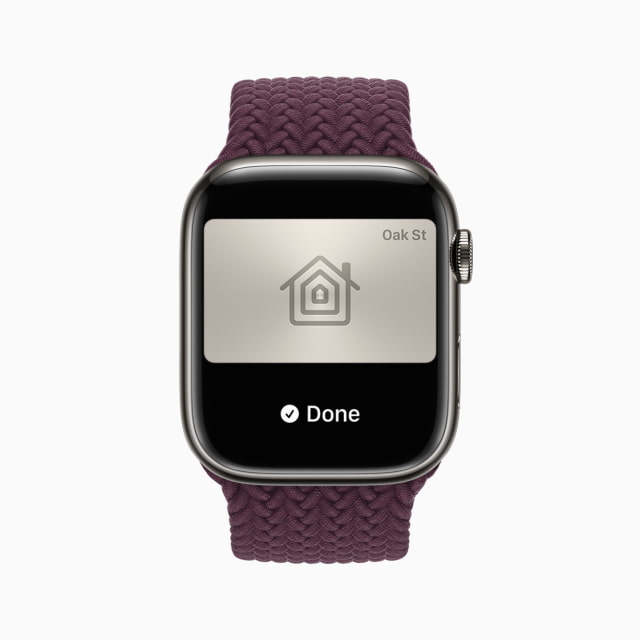 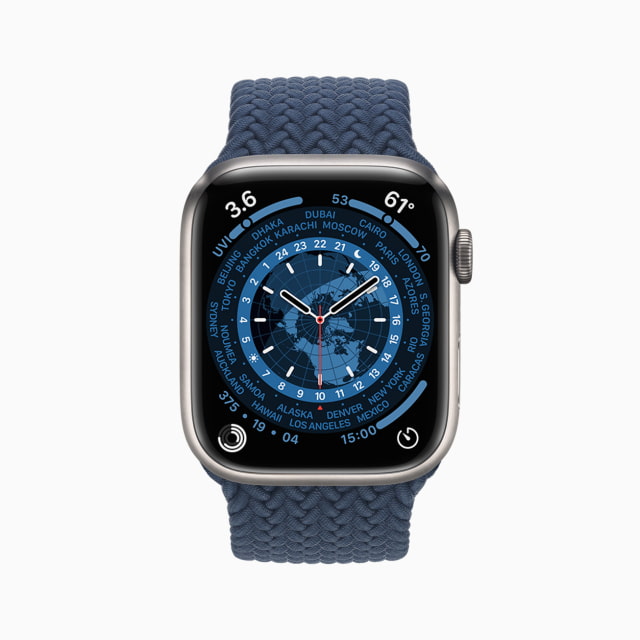