There may be a serious bug in iOS 15 that causes saved photos from Messages to get deleted, according to reports on MacRumors, Twitter, reddit, and Apple's support forums.

It appears that if you save a photo from a Messages thread and then delete that thread, the photo will get deleted after your next iCloud Backup is performed.

MacRumors reports that the bug can be replicated via the following steps:

This is a pretty significant bug, especially because many users have automatic iCloud Backups enabled. We'd advise not deleting any threads in Messages until a fix is released. Unfortunately, the bug is still present in iOS 15.1 beta 2. 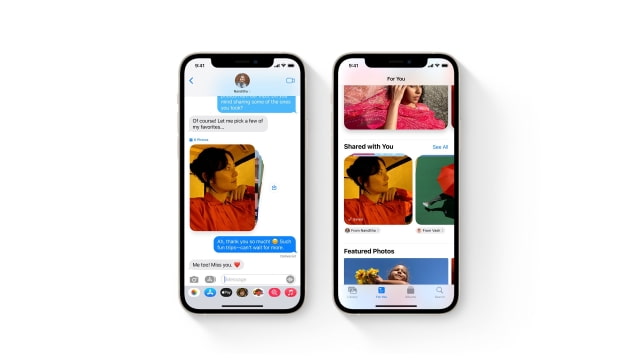 alinboy - September 30, 2021 at 9:58am
Hello I am not a developer but I found it some bugs and problems in ios 15 iPhone 11 Pro. Notes bug is always opening the last I created is not showing anymore my list with my notes! Personal Hotspot is disappearing from settings after reboot the iPhone!! Mail sometimes is showing empty page no emails:( is saying no massage selected on empty page!!! If you can raport to apple those issues. Please do it! Thank you
Reply · Like · Mark as Spam
Recent