Although Apple had been using AppKit, the native macOS interface framework, for Library views, much of the content loaded from Apple Music was presented as web views. Using a new technology called JET, Apple has been turning web content into native views for improved performance. This was previously done to the TV app now available in macOS Monterey 12.1.

Some parts of the Music app were already native, such as the music library. But now Mac users will notice that searching for new songs in Apple Music is much faster as the results pages are displayed with a native interface instead of as a webpage. Scrolling between elements has also become smoother with the beta app, and trackpad gestures are now more responsive. 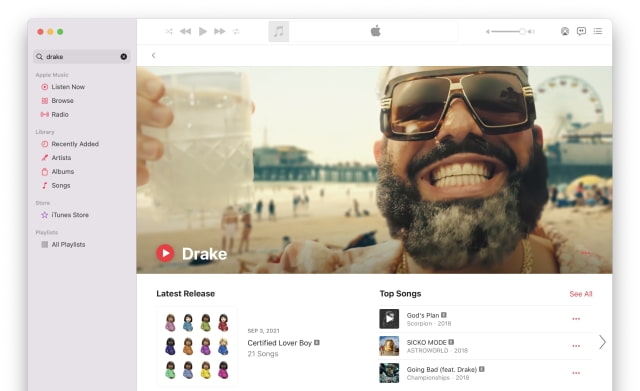