DigiTimes is reporting that the next generation 27-inch iMac with Apple Silicon will not have a mini-LED display. This contradicts the often accurate display analyst Ross Young.

The sources pointed out that speculation about the next-generation 27-inch iMac coming with a miniLED display has been circulating in the market ever since the 24-inch iMac received a major upgrade in the CPU platform earlier this year, but the shipments of the 27-inch device in December showed that it is still equipped with a traditional LCD display.

Despite not coming with a mini-LED display, DigiTimes says the new iMac will feature brightness improvements. "LED chips used in its display are up 30-40% from the previous models, giving it a higher brightness, said the sources."

Additional changes include a thinner exterior and a choice of multiple colors.


Update:
Ross Young maintains that a mini-LED display is coming to the iMac Pro.

"We still believe it is Mini LED."
"The difference is likely related to how companies define MiniLED. There will be thousands of MiniLEDs…" 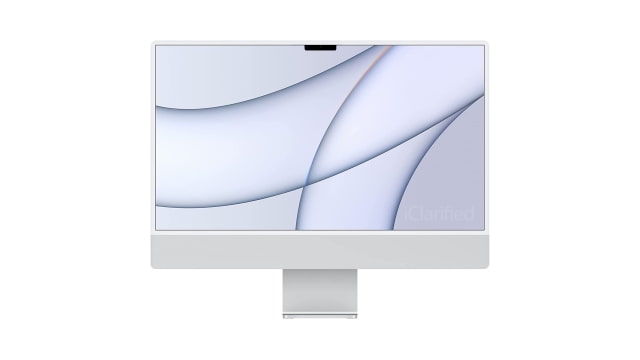