Apple is planning a software update that will let iPhones accept credit card payments without any extra hardware, reports Bloomberg.

The feature has been in development since around 2020, when Apple acquired Canadian startup Mobeewave for $100 million. It's likely the system will use the iPhone's near field communications (NFC) chip to detect a nearby credit card for processing.

It’s unclear whether the payment acceptance option will be branded as part of Apple Pay, though the team working on the feature has been working within Apple’s payments division since being brought over from Mobeewave, the people said. It’s also not known if Apple intends to partner with an existing payment network for the feature or launch it alone.

Essentially, users will be able to use their iPhone like payment terminal. Customers would tap the back of the device to authorize a purchase. This could render third party devices like Square obsolete for certain use cases.

Apple is expected to roll out the feature in the first beta of iOS 15.4. If this happens, customers could get the feature as early as spring. 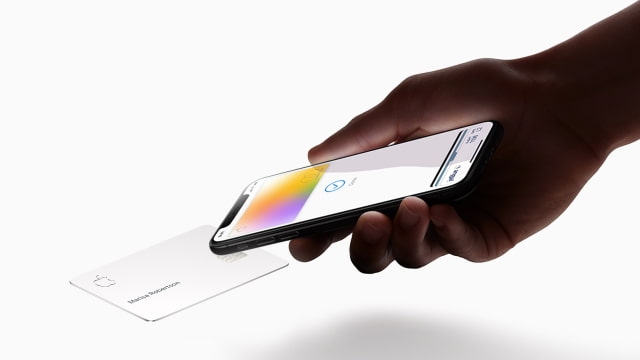