Apple has posted a letter regarding the Apple 4 which claims that iPhone 4 doesn't have reception problems but rather uses the wrong formula to display signal strength.

The iPhone 4 has been the most successful product launch in Apple’s history. It has been judged by reviewers around the world to be the best smartphone ever, and users have told us that they love it. So we were surprised when we read reports of reception problems, and we immediately began investigating them. Here is what we have learned.

To start with, gripping almost any mobile phone in certain ways will reduce its reception by 1 or more bars. This is true of iPhone 4, iPhone 3GS, as well as many Droid, Nokia and RIM phones. But some users have reported that iPhone 4 can drop 4 or 5 bars when tightly held in a way which covers the black strip in the lower left corner of the metal band. This is a far bigger drop than normal, and as a result some have accused the iPhone 4 of having a faulty antenna design.

At the same time, we continue to read articles and receive hundreds of emails from users saying that iPhone 4 reception is better than the iPhone 3GS. They are delighted. This matches our own experience and testing. What can explain all of this?

We have discovered the cause of this dramatic drop in bars, and it is both simple and surprising.

Upon investigation, we were stunned to find that the formula we use to calculate how many bars of signal strength to display is totally wrong. Our formula, in many instances, mistakenly displays 2 more bars than it should for a given signal strength. For example, we sometimes display 4 bars when we should be displaying as few as 2 bars. Users observing a drop of several bars when they grip their iPhone in a certain way are most likely in an area with very weak signal strength, but they don’t know it because we are erroneously displaying 4 or 5 bars. Their big drop in bars is because their high bars were never real in the first place.

To fix this, we are adopting AT&T’s recently recommended formula for calculating how many bars to display for a given signal strength. The real signal strength remains the same, but the iPhone’s bars will report it far more accurately, providing users a much better indication of the reception they will get in a given area. We are also making bars 1, 2 and 3 a bit taller so they will be easier to see.

We will issue a free software update within a few weeks that incorporates the corrected formula. Since this mistake has been present since the original iPhone, this software update will also be available for the iPhone 3GS and iPhone 3G.

We have gone back to our labs and retested everything, and the results are the same— the iPhone 4’s wireless performance is the best we have ever shipped. For the vast majority of users who have not been troubled by this issue, this software update will only make your bars more accurate. For those who have had concerns, we apologize for any anxiety we may have caused.

As a reminder, if you are not fully satisfied, you can return your undamaged iPhone to any Apple Retail Store or the online Apple Store within 30 days of purchase for a full refund.

We hope you love the iPhone 4 as much as we do.

Thank you for your patience and support. 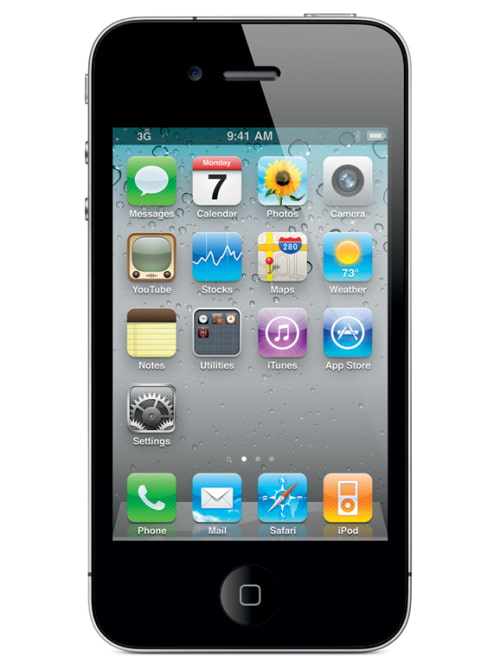 Roni - July 6, 2010 at 1:14pm
I call f\'n BS on the claim that this was incorrect all the way through to the original iPhone. When I compare dB values to bars on my original iPhone, I\'m at 4-5 bars at -79, 4 bars between -89 and -81, 3 bars -99 to -91, 2 bars at -105 etc. at the upper ranges it is totally different than what anandtech posted with the iPhone 4. When I cup the bottom back of the original iPhone tightly, I only lose 10 dB. When I cup the bottom back plus put my thumb across the bottom front where the home button is, I lose 15 db. When I cup the front and back bottom tightly I lose 20 db. Nothing even close to the attenuation that the iPhone 4 is experiencing. Apple needs to admit they f\'d up big time both in the attenuation AND in the formula, and not try to hide saying the formula was wrong way back when, cuz it wasn\'t.
Reply · Like · Mark as Spam

Steve - July 2, 2010 at 6:04pm
I\'m not typically a conspiracy nut but it sure seems convenient for Apple that the fix for this problem is luckily just a software update. I absolutely believe they will be changing the way the bars are calculated (and more importantly) how they change or update BUT I am not convinced it actually fixes anything. Why is Apple trying to hire antenna specialists if it is just a software glitch?? I\'m not buying it :(
Reply · Like · Mark as Spam
28 More Comments
Recent