Apple has internally confirmed the reported MacBook Air display issues and will issue a fix via an upcoming software update, according to support documents leaked by BGR.

Apple's suggested fix for the time being is to shut the notebook for ten seconds then reopen forcing the display to power cycle. 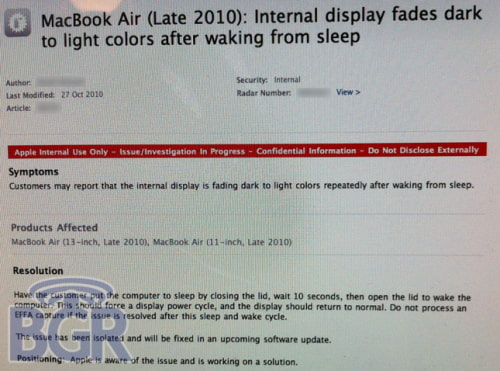 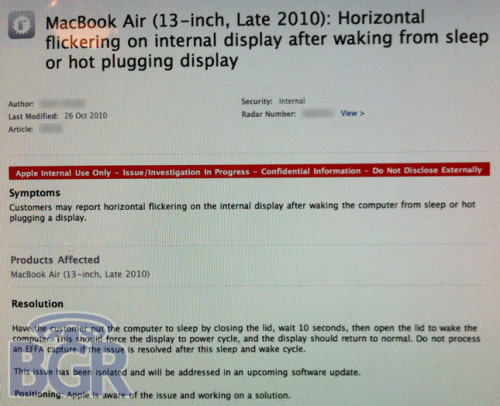