Amazon faces a backlash from labels after it unveiled a new Cloud Drive and Cloud Player service without obtaining special licensing.

Labels somehow believe that after legally purchasing songs you shouldn't be allowed to stream them from one computer to another; even though they are only being played on one device at a time.

According to Reuters, music labels were informed of Amazon's plans last week.

Only later did Amazon address the issue of negotiating licenses, one source close to the discussions said. That executive called the move "somewhat stunning" and noted that some within the media industry said the service might be illegal.

"I've never seen a company of their size make an announcement, launch a service and simultaneously say they're trying to get licenses," said the executive.

"The labels have engaged in a legal terror campaign over the last 10 years using litigation to try and slow technology progress," MP3tunes founder Michael Robertson said of the music industry's latest reaction to Amazon's plans.

Apple and Google are said to still be struggling to get licensing for their cloud lockers. Perhaps they should follows Amazon's lead. 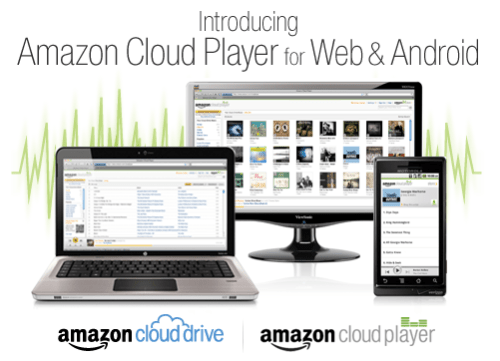 Notch - March 30, 2011 at 12:42pm
It\'s nice to see the promise of capitalism finally show up. You know, that mythological system where consumers benefit from competition between businesses? Yeah, I\'ll take some of that, Thanks amazon, for trying to save capitalism from the monopolists. PS: you\'re next!
Reply · Like · Mark as Spam

Jimmy Jonstone - March 29, 2011 at 9:26pm
Apple and Google definitely need to jump into this pool. The labels are totally clueless. If I buy a digital file, a paper file, or a file embedded into a piece of highly overpriced plastic, I should be able to play or enjoy it however I want. In fact, I\'m so pissed off at this anti-technological thieves that I\'m going to be thieve myself and go steal an album full of mp3s right now. There should be a National Steal Digital Media Day where everyone protests by helping themselves for 24 hours.
Reply · Like · Mark as Spam

Ha - March 29, 2011 at 6:35pm
The road block is the labels. They seem to be extremely resistant to keep up with technology. Wasn\'t there a service about 10 years ago that offered streaming of your uploaded music but the labels had it shut down. I want to say MP3.com
Reply · Like · Mark as Spam
Recent