27,000 South Koreans have joined a class action suit against Apple for collecting location data without consent, according to a Bloomberg report.

About 27,000 people joined a class-action suit against Apple's South Korean unit and headquarters, seeking 1 million won per person ($930) in damages, according to a notice posted online by Mirae Law, which represents the plaintiffs. The suit was filed in Changwon, south of Seoul, where the law firm is located.

Kim Hyeong Seok has already been successful in a personal suit against Apple for collecting location data. He was awarded 1 million won by the Changwon District Court in May.

"I'm an iPhone user myself, so when I first heard about this in the media, I reviewed the legality of the matter based on Korean law," Kim Hyeong Seok, an attorney for the plaintiffs, said by telephone before the suit was filed. "I concluded it was clearly illegal." 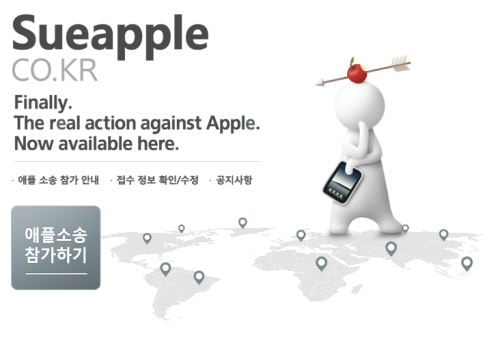 Sharp - August 18, 2011 at 12:29pm
I don't think this "Samsung's" trick is going to work. BTW, Apple never collected info, but the info stayed on the phone or the computer you synced with.
Reply · Like · Mark as Spam

Sharp - August 18, 2011 at 7:56pm
No. Itunes is just a tool used to sync iphone so itunes did collect that data and stored it on mac. No further sharing of those files. Everything stayed on pc or mac.
Reply · Like · Mark as Spam

Unhandsome_scurvy_boy ^__^ - August 17, 2011 at 8:39pm
Freaking gooks! They've been assisted by Samsung! Apple should buy out Korea and pack the gooks off to the moon
Reply · Like · Mark as Spam
1 More Comment
Recent