Apple has patented a futuristic 3D system that could let users work with holographic images or manipulate virtual objects, reports Patently Apple. The system described would generate an invisible space in front you that could be used to work with holographic images or project your hands onto a screen to manipulate virtual items.

The patent was filed October 21, 2005 and lists Christoph H. Krah as its inventor. 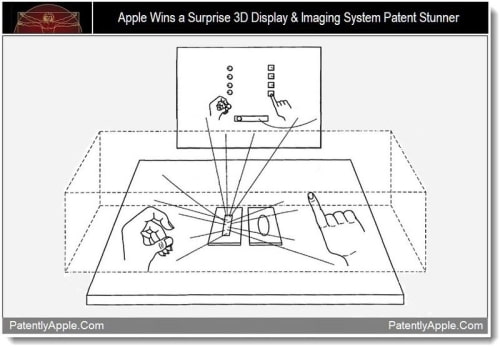