Apple will announce an entire refresh to its iPod family according to some last minute sources.

These same sources say the new iPod nano will be available in 9 colors and include an orientation sensor. This sensor would provide landscape mode for video and coverflow. One source suggested that the iPod would play in shuffle mode when the user shook the iPod.

MacRumors has been told that the new iPod nano will come in three new colors: Purple, Yellow, and Orange. They were also told that the nano would be available in 8GB and 16GB models, while the iPod touch remains 8GB, 16GB and 32GB capacities.

CrunchGear has been told the iPod classic will come in a 120GB model.

It is also reported that the new iPods should be available in stores today!

We will live blog todays Apple Let's Rock event to provide you with the latest news as it becomes available. Stay tuned at 10:00 am PT or 1:00 pm ET. 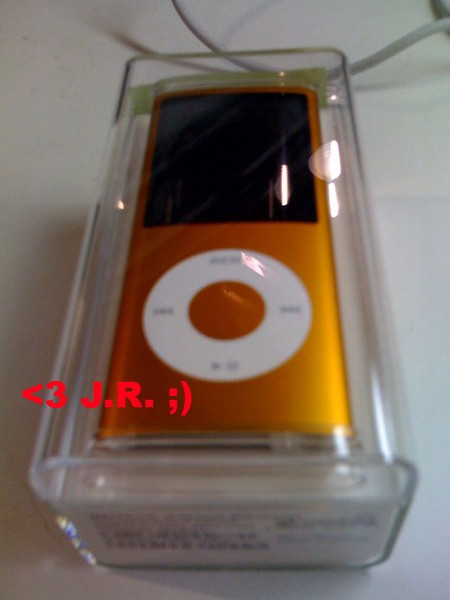 Kyle Flanagan - September 10, 2008 at 12:11am
It would also be nice if Apple improves the quality of their ear phones, something similar to Sony's walkman series i.e. W880i, which comes with a noise-canceling ear set and of course with a better sound card than the iPod.
Reply · Like · Mark as Spam
0