The evad3rs have just announced that the first round of testing of the evasi0n jailbreak has been completed successfully.

85%: First major round of testing concluded successfully on Windows and Mac. Come back soon!

Next step: tests on more iOS device and firmware combinations.

It's widely expected the jailbreak will be released today, February 3rd. To be the first to know when the jailbreak is released please follow iClarified on Twitter, Facebook, Google+, or RSS. 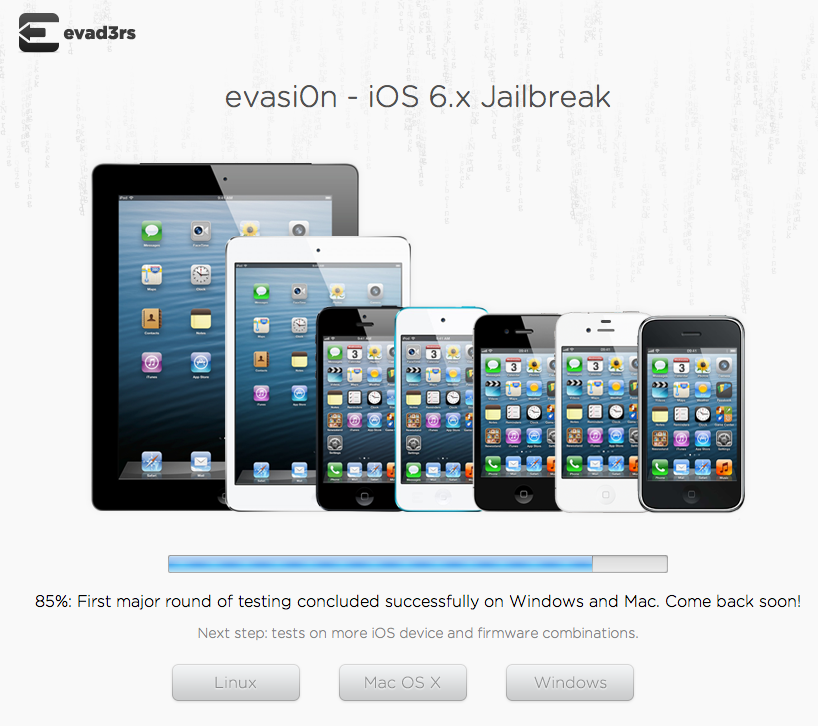