Apple has appeared on Interbrand’s Best Global Brands ranking since 2000, when the ranking debuted. In 2000, Apple ranked #36 and had a brand value of USD $6.6 billion. Today, Apple’s brand value is USD $98.3 billion– almost 15 times the amount of its brand value in 2000. Apple’s meteoric rise in brand value can be attributed to the way it has created a seamless omnichannel experience for customers. By keeping consumers at the center of everything it does, Apple is able to anticipate what they want next and break new ground in terms of both design and performance. With 72 million Macs in use and record-breaking sales of both the iPhone and iPad, Apple has made history by unseating Coca-Cola and becoming Interbrand’s most valuable global brand of 2013.

“Every so often, a company changes our lives—not just with its products, but with its ethos. This is why, following Coca-Cola’s 13-year run at the top of Best Global Brands, Apple now ranks #1,” said Jez Frampton, Interbrand’s Global Chief Executive Officer. “Tim Cook has assembled a solid leadership team and has kept Steve Jobs’ vision intact – a vision that has allowed Apple to deliver on its promise of innovation time and time again.”

Hit the link below to check out the top one hundred brands. 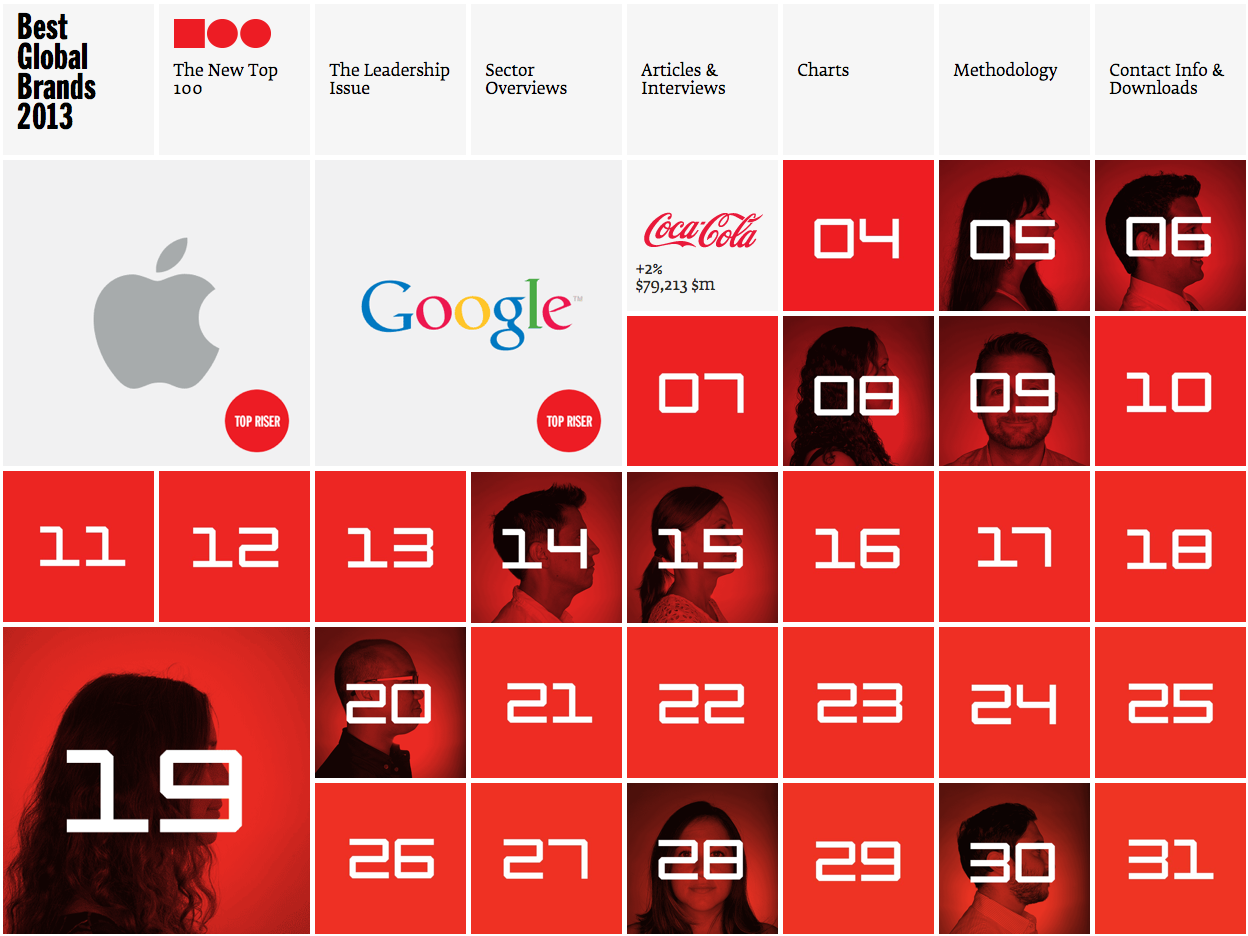 TheRealNoGoodPrick - September 30, 2013 at 8:01pm
Replace your sentence with someone's opinion then lets see how true you sound!
Reply · Like · Mark as Spam

TheRealNoGo0dNick - September 30, 2013 at 2:04pm
At least Coca Cola and Google helps people around the World, Apple rips them OFF...very true that, and that should be taken in consideration.
Reply · Like · Mark as Spam

TheRealNoGoodNick - September 30, 2013 at 2:57pm
Don't let your mom pay your internet bill or that means you need to work for shit!
Reply · Like · Mark as Spam
6 More Comments
Recent