Those who are still waiting for a jailbreak for iOS 6.1.3 and 6.1.4 will be happy to hear that its release is planned for this week.

Merry Christmas everyone. We’re still finishing the A5+ tool to jb 6.1.3/6.1.4. We can’t push a buggy release forcing users to restore.

With that being said, we’re spending time with our families today. A release should still be within this week though.

If you prefer to stay on iOS 6 we'll let you know when it's released via Twitter, Facebook, Google+, or RSS. Those who are on iOS 7 or want to be can use the iClarified Jailbreak Wizard to jailbreak now! 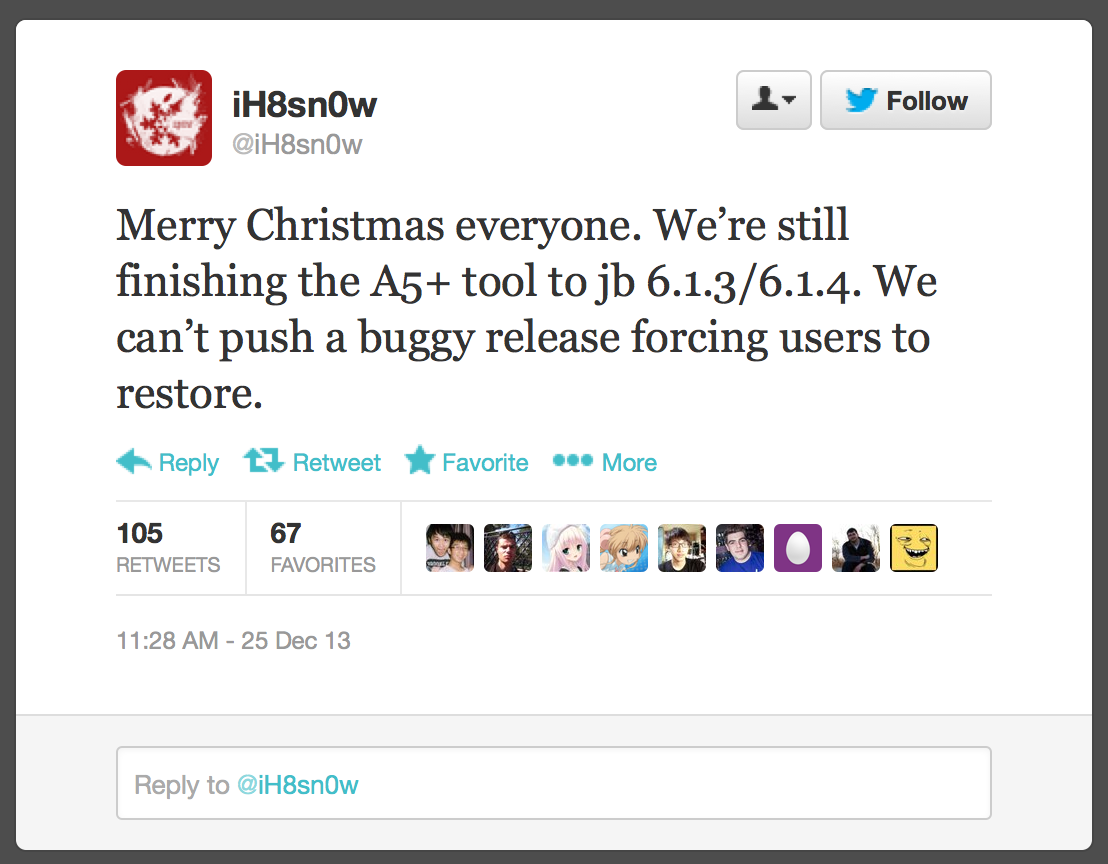 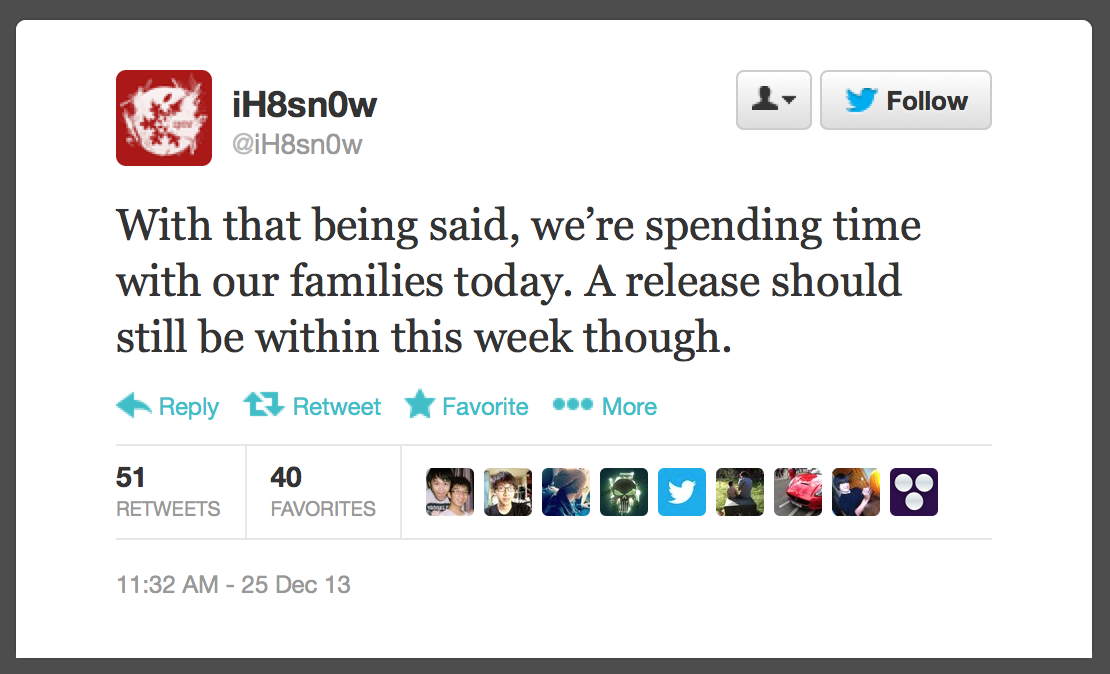 Freedom - December 29, 2013 at 3:07pm
Im glad i stayed on ios 6.1.3. I dont like ios 7 and when all apps start to require ios 7, going back to a rooted android. Apple is a control freak, and and unjailbroken iPhone is garbage for that reason. I should have a choice of what ios i could have
Reply · Like · Mark as Spam
0