Apple users have been the ‘hungriest’ consumers of mobile data in the 2010, 2011 and 2012 data measured by the study (iPhone 4, iPhone 4s and iPhone 5 respectively). Last year, the report indicated a possible end to this dominance as Galaxy S III users closed the gap. But iPhone 5s usage is the most intense witnessed to date, keeping Apple users at the top of the chart.

The study found that iPhone 5s users demand seven times as much data as the benchmark iPhone 3G users in developed markets (20 percent increase on iPhone 5) and 20 times as much data in developing markets (50 percent increase on iPhone 5). Beyond the 5s, Apple products account for six of the top ten ‘hungriest handsets’, along with two Samsung products, one HTC and one Sony.

“Each new generation of iPhone has resulted in increases in data consumption of between 20-40 percent - even today when data use is common. Though interestingly, users of the more economically-priced iPhone 5c consume data in the range between that of the iPhone 4s and 5 users,” said Flanagan.

Not surprisingly, it was also found that 4G LTE users are using 10x more data than 3G users. The iPhone 5 and 5s are the only LTE capable iPhones, while the iPhone 4s and below support 3G networks.

“The faster the speeds that mobile operators provide, the more consumers swallow it up and demand more,” continued Flanagan. “One would expect a honeymoon period in which early adopters test their toys. But for 4G users to consistently exhibit behaviour 10 times more extreme than 3G users well after launch constitutes a seismic shift in the data landscape. This has important ramifications for future network designs.”

You can read the full study here 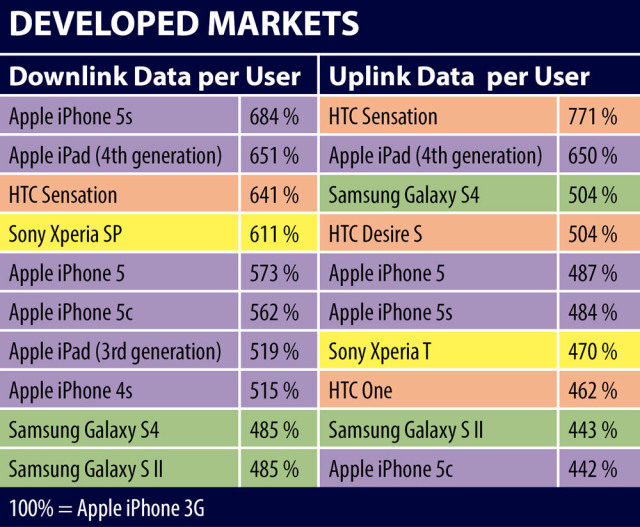 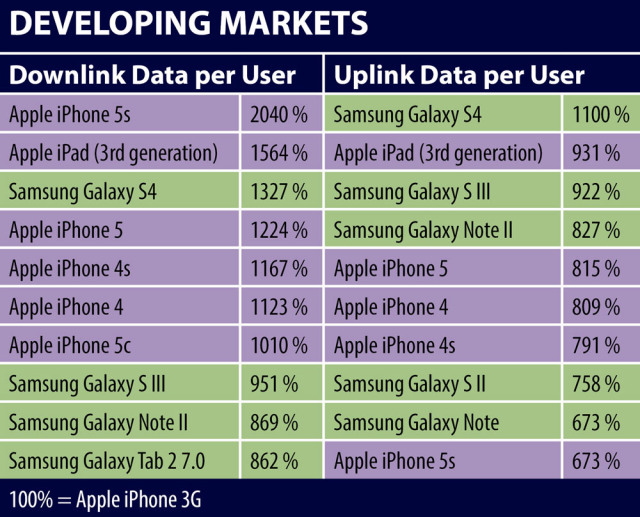 samsam12s - January 23, 2014 at 7:22am
yeah i still have the unlimited grandpa data plan and i use 10-20gb just streaming pandora,watching movies,uploading every month when im out
Reply · Like · Mark as Spam