This is a basic demonstration/tutorial on how use the new iPhone Voice Memo application in iPhone OS 3.0. If you are not a developer you will likely not have access to this iPhone application until June 2009. 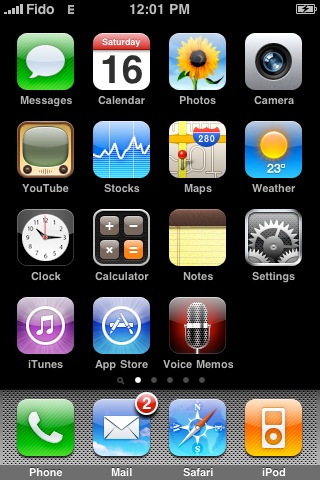 To record a new voice memo press the Record button. 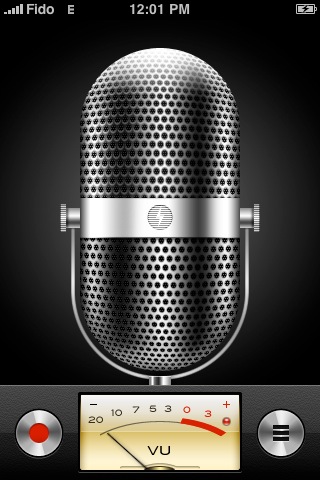 Step Three
You will see a status bar along the top display the elapsed time. 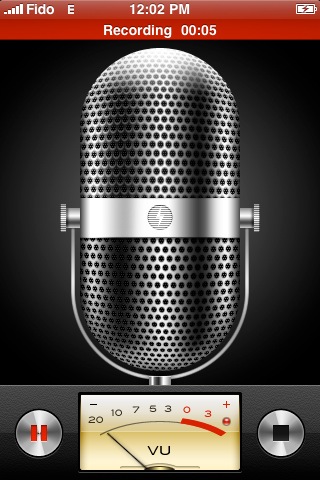 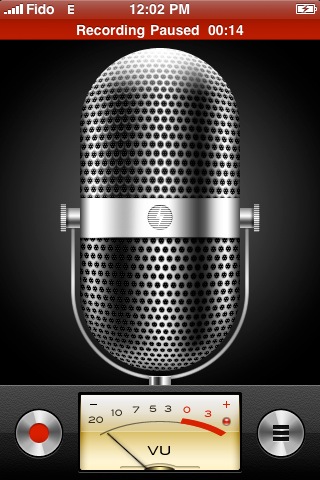 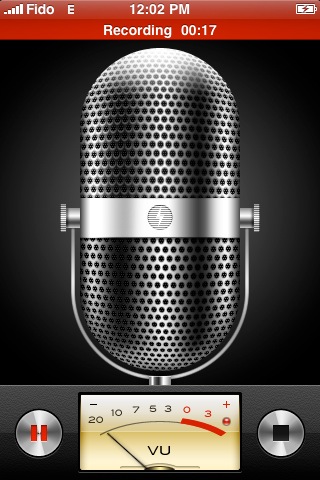 Step Four
Press the list button at the bottom right to view your previously recorded memos. 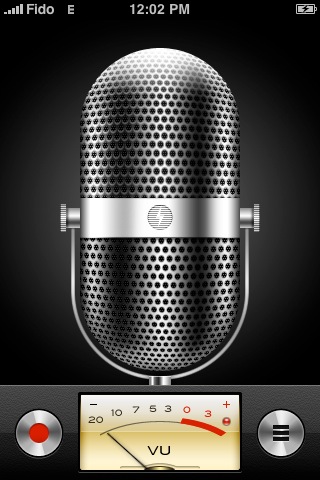 Step Five
Your previously recorded memos will be ordered by the time recorded. You can also see the duration and date of each memo.

Press to select a memo for playback. You can use the Speaker button at the top left to listen to memo over the loud speakers. 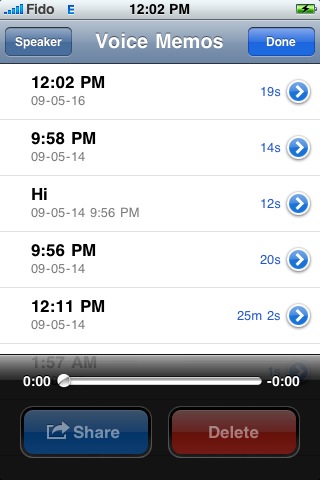 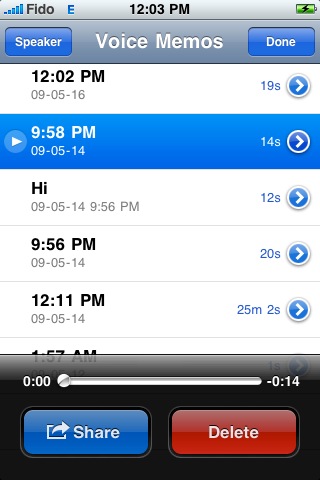 Step Six
To share a memo with a friend press the Share button at the bottom of the screen. 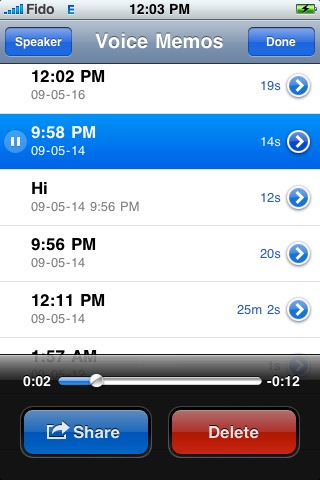 Press the large Email Voice Memo button to open a new Mail message with the memo attached as a m4a audio file. 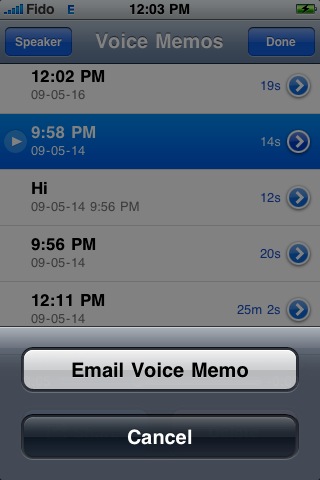 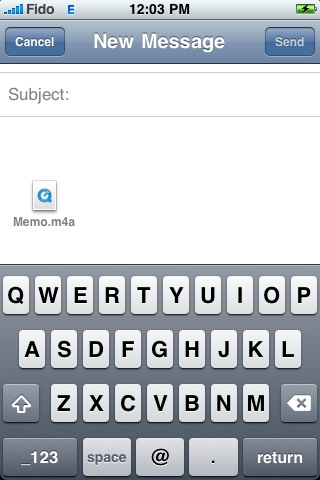 Step Seven
From the Voice Memo list you can also use the delete button at the bottom of the screen to delete a voice memo. Press the large Delete Voice Memo button to confirm the deletion. 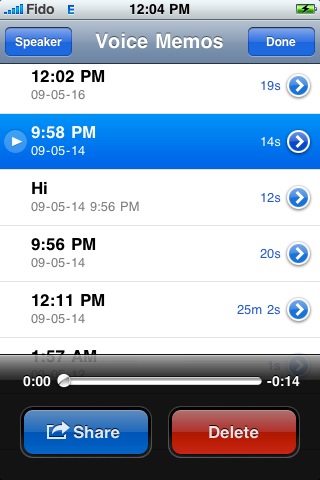 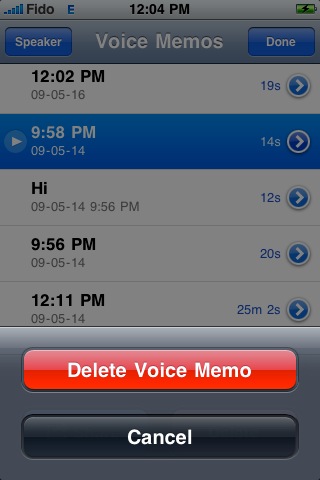 From the Info window you can label, trim and share the memo. 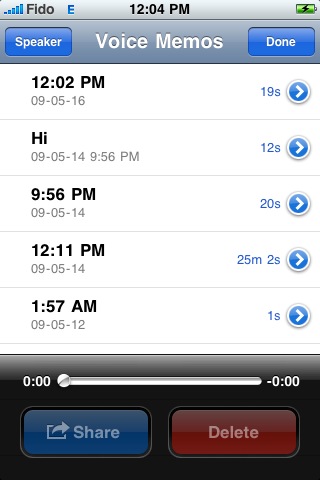 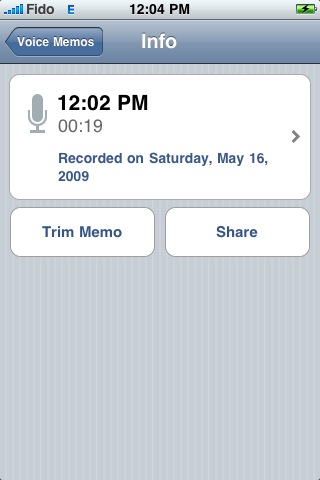 Step Nine
Press the large button at the top which shows the time and duration of the recording.

This will open the Label screen where you can select a previously defined label or create your own. Press custom to give the memo your own label. 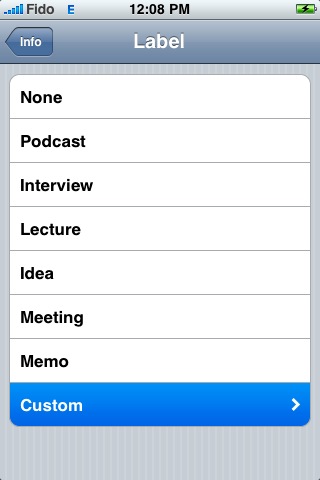 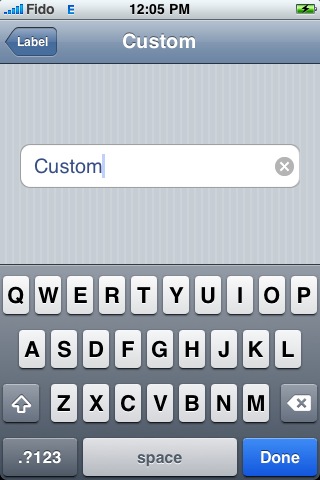 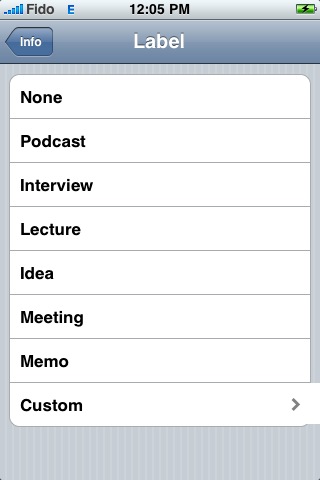 Step Ten
To trim the recording click the Trim Memo button. You will see a blue progress bar with a yellow handle on the left and on the right. Drag the handles to set the start and end of the clip. Press the play button to confirm it sounds ok then press the large Trim Voice Memo to finalize your cut. 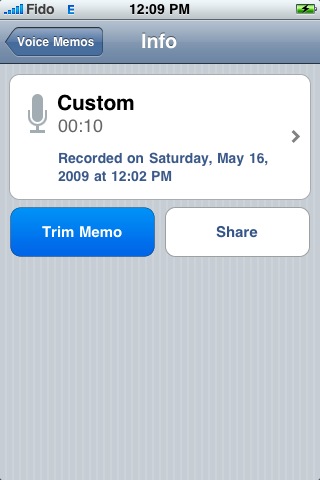 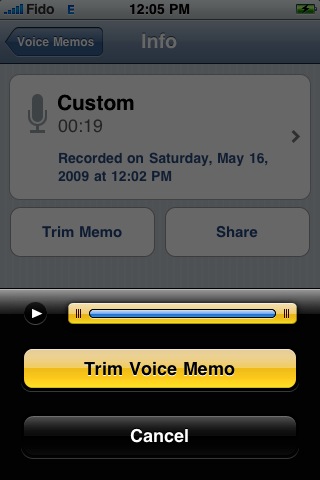 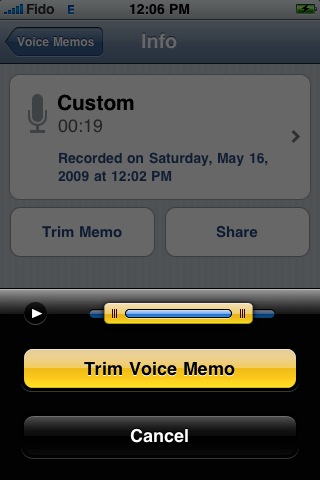 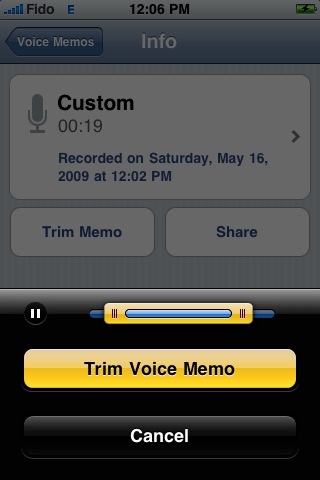 Step Eleven
You can also use the Share button to send the memo just as we demonstrated in Step Six. 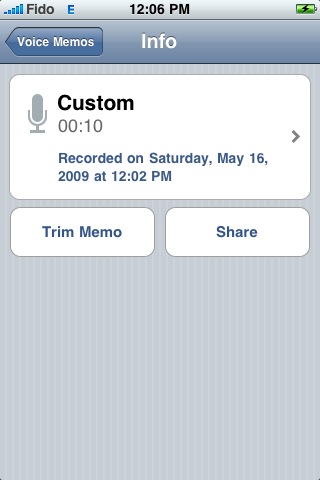 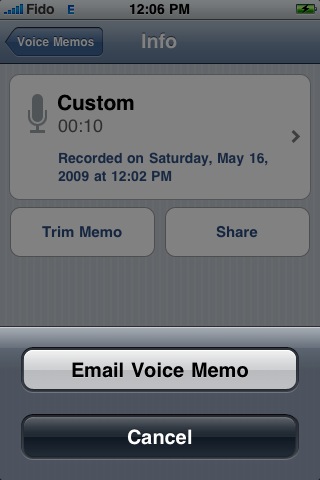