Apple is "actively investigating" reports that a possible breach of iCloud accounts resulted in hackers gaining access to private nude videos and photos of well known celebrities and actresses.

Earlier yesterday, an anonymous user began uploading hundreds of nude photos and videos of popular celebrities to 4chan. The images quickly spread across the web, and many pointed to iCloud as the possible culprit. Apple responded to the allegations today in a statement to Recode.

Currently, security researchers believe attackers were able to access the celebrity accounts through weak passwords. The Next Web says a flaw in Apple's Find My iPhone service lets users run a python script that lets hackers guess passwords repeatedly without any sort of lockout. Apple's main iCloud login screen had a protection that prevented an unlimited number of guesses, however its separate Find My iPhone service did not. Apple has since patched this hole, however we are still not sure if it was a method used to access the iCloud accounts.

Earlier this year, some iCloud accounts were hacked and used to take hostage of iOS devices. Some were forced to pay ransom back in order to get their device unlocked.

We'll keep you update if Apple releases another statement. In the meantime, we strongly recommend that you use two-step verification with your account! 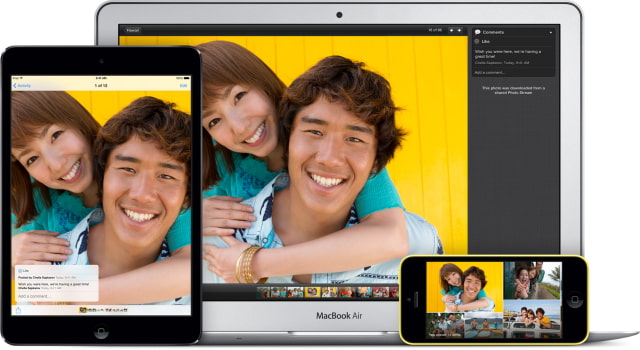 i fucked up - September 2, 2014 at 3:03pm
Now this is funny. Hahahahahahahahahaha! Now isheep let me hear you BRAG about your secured OS! Hahahahaha!
Reply · Like · Mark as Spam

sShiting Lies - September 2, 2014 at 8:36pm
Not as entertaining of your neglecting flattered bullshit HARHARHARHARHARHARHARHAR keep it cuming samsheeps about what's better than iOS! HARHARHARHARHAR One thing unsecured compared to how many phones android traveled across every phone mind controlling the firmware. Tell me how can that be better? What about the performance that many care? HARHARHARHRHAR
Reply · Like · Mark as Spam

ratGT - September 2, 2014 at 11:30am
@iFedUp - You tech-illiterate, sam-cum swallower, this breach has NOTHING to do with the security of the iOS!!! Now go back to your bestiality videos on your plastic abomination device, that has the security holes of a swiss cheese and is considered the most security-flawed mobile OS in tech history!!!
Reply · Like · Mark as Spam

iFedUp - September 2, 2014 at 3:39pm
If no relation they why the iHeck Crapple actively investigating the issue ? You are really am idiot and illiterate and I would recommend you to join in LKG and start from the scratch. Pathetic stupid iSheep. lololol.
Reply · Like · Mark as Spam

sSpew - September 2, 2014 at 4:11pm
HARHARHARHARHARHARHARHARHARHARHARHARHARHARHAR And here we have the master mind foolish defending crap in the universe. Get it through your thick ignoranting ass assamsheeps. Assamsung uses lies as their solutions but words are your strategy. Blind gibberish myths like you! Clueless disabled brainwashed uneducated dick!
Reply · Like · Mark as Spam
7 More Comments
Recent