-----
We can jailbreak the 3GS right now. But making our jailbreak public at this point in time would benefit relatively few people. It would in fact be detrimental to many more people than it would help. So we feel it’s best to keep our version of the jailbreak out of Apple’s sights for the time being.

If you already have a 3GS phone and have already done a full USB dump or captured your img3’s signed with your ECID, then you’re in great shape. You will always be able to jailbreak. But many people who plan on getting a 3GS do not yet have one. For instance, many people are waiting for their existing contracts to mature to the point where they get a price break on the 3GS. Many people are trying to sell their 3G before they can buy the 3GS. There are parts of the globe where you can’t even buy a 3GS yet! The reasons are varied, but they are many.

Instructions on how to do this can be found here: Windows, Mac

The nature of the 3GS hardware allows Apple to stop IPSWs from being usable unless you’ve already gotten the signed chunks they send to you based on your ECID (a unique chip ID). You cannot get these signed chunks without knowing your ECID, and you don’t know your ECID until you’ve bought your 3GS.

The jailbreak requires at least one signed iBoot-family img3 for your device. And that iBoot needs to have an exploitable bug. It’s an all-or-nothing deal…you either have your signed exploitable iBoot ready to use, for now and forever — always jailbreakable — or you have nothing.

Here’s the critical point, the reason why we’re delaying our version of the jailbreak: Once the jailbreak is out, Apple will fix the iBoot-family bug we use to accomplish it. They will simply stop signing the old iBoots and only sign the fixed ones. If you bought your phone after Apple has done this, there’s nothing you can do…the jailbreak isn’t going to work for you.

It is possible that Apple will find the bug we use without our handing it to them on a silver platter (via a public jailbreak). In that case, we will have delayed our jailbreak for “nothing”. But we’d rather be safe than sorry!

Apple is surely coming out with a 3.0.1 firmware release shortly. They need to fix ultrasn0w. They need to fix some UI issues. 3.0 is buggy and 3.0.1 is coming. We’re going to wait and see what 3.0.1 brings before figuring out the release date for our version of the jailbreak.

In the meantime, we have some remaining 3.0 jailbreak issues to investigate, including push notification. Thanks for being patient with us while we took a 3GS “timeout”!
----- 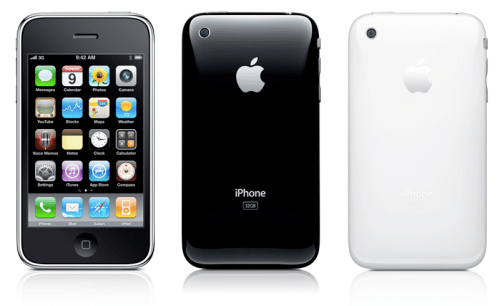 rchu - June 29, 2009 at 5:49pm
camera icon popped up after i inputted MMS settings in cellular data/MMS still sending out pics to ppl not getting reply yet
Reply · Like · Mark as Spam
0

Nick - June 29, 2009 at 12:06am
The pathetic part is that apple is spending a lot of money developing ways to stop the jailbreaking of the iPhone and jailbreaking doesn't even effect them fully except when people crack apps and don't pay for them. If a ton of people in the world won't buy an iPhone or won't buy a new iPhone if it can't be jailbroken, that will only hurt them. If you didn't take away choice in the first place you wouldn't have to spend so much time trying to take it away from people, wake up apple!!!!
Reply · Like · Mark as Spam
0

Simon - June 28, 2009 at 10:20pm
Sigh It looks like we are in the very edge. Apple has developed a stronger broom and it seems like we might be at the very edge of our table. I hope this isnt the end. They really are against this. Damn
Reply · Like · Mark as Spam
13 More Comments
Recent