Check out this roundup of Apple iPhone 6 Plus reviews from across the web. Apple is set to launch the new 5.5-inch smartphone on September 19th, 2014 and these reviews could help you decide whether to purchase the iPhone 6 Plus or its smaller sibling, the iPhone 6. You should also check out our Ultimate iPhone 6 Review Round up. 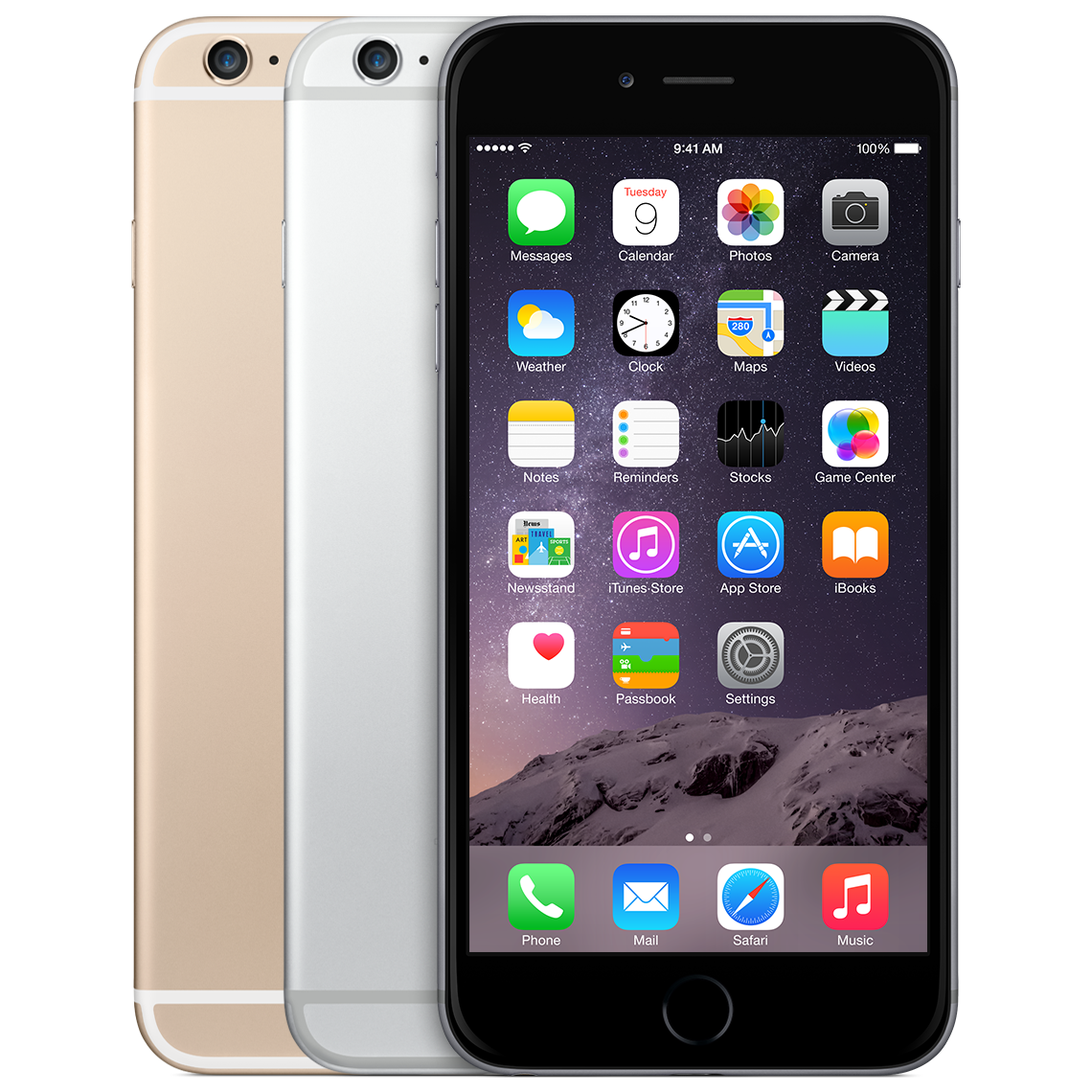 Engadget:
The iPhone 6 Plus is difficult to use one-handed, not to mention more uncomfortable than similar-sized phones. In exchange, though, you get more of an iPad-like user experience on a much smaller device. It also has better battery life than the smaller iPhone 6, as well as a better camera. Keep that in mind as you're deciding between the two devices.

Slashgear:
Needing to choose between two high-specification iPhones is a good problem to have. Pre-order customers have already voted with their wallets: the iPhone 6 and iPhone 6 Plus have given Apple its most successful smartphone debut to-date. The results could be eye-opening, too, once pre-orders start arriving and the sheer scale of the iPhone 6 Plus becomes apparent to users more familiar with 4-inch displays. I'm relieved Apple took a two-pronged approach and offered both the iPhone 6 Plus and the more mainstream iPhone 6. Yes, you lose OIS if you opt for the 4.7-inch iPhone, but in its place you gain the practicality of its more convenient scale. The iPhone 6 Plus won't be short of fans, and indeed I love its multimedia abilities and how productive I can be with it, but unless you're an avid gamer, a determined mobile video pro, or insist on as much time away from the AC adapter as possible, the iPhone 6 feels like a more encompassing option.


Recode
Apple has designed a giant phone that offers a few key large-screen features without overwhelming the senses, and it has a pretty good camera, to boot. More importantly, it feels sleek, and carries the cachet of being a “big iPhone” — if that’s what you’re into.


TheVerge
I’m going to buy an iPhone 6 Plus. I’m taken with it; it feels like an entirely new kind of device for Apple, and it has such a killer camera I can’t say no. It’s every bit as good a phone as the iPhone 6; I’m docking it a little because Apple has a few software glitches to clear up. But I’m confident that will happen. The smaller iPhone 6 feels like just the next iterative update to the iPhone, but the 6 Plus feels like something else entirely; with a few more software tweaks and some love from developers, it could really be my main computer. It’s as much iPad as iPhone.


TechCrunch
The iPhone 6 is still the best smartphone for your money in my opinion, owing mostly to the fact that the majority of people are going to feel most comfortable using a smaller device as their daily companion of choice. But the iPhone 6 Plus surprised me: I went into this review expecting to find it was a niche gadget, reserved for those seeking the absolute top-of-the-line, convenience be damned. Instead, I found myself getting strangely comfortable with a phone I still find difficult to use one-handed. In short, the 6 is my favorite current smartphone, but the 6 Plus is its closest competition.

Businessweek's Joshua Topolsky:
I found the iPhone 6 Plus too large and unwieldy to use as my daily driver. It does offer better battery life and an improved camera stabilizer compared with the iPhone 6, but its size proved to be more than I wanted to grapple with on a regular basis. Think of it this way: The iPhone 6 Plus is only slightly smaller than an iPad Mini, which means one-handed use is messy even with Reachability, and holding it up to a normal-size head looks slightly absurd. Maybe there are legions of Galaxy Note fans in the world just waiting for Apple’s take on the phablet, but I’m not one of those people.

Mashable
The Good - Big screen shows lots of info•Movies and games look amazing
The Bad - Big and heavy, it’s almost a tablet, Costs $100 more the excellent iPhone 6, More expensive than other phablets
The Bottom Line - If you must have a phablet, the Apple iPhone 6 Plus is a powerful and attractive choice.


Cnet:
The iPhone 6 Plus is not a phone for everybody. Its size is its biggest drawback and, indeed, that will likely be the deciding factor for many on whether to go with the 6 or 6 Plus. If you can live with a device of these dimensions, the additional $100, £80, or AU$130 is well worth it for the upgraded battery life alone. It's doubly worth it if you're intrigued by better performance of the camera -- or if your eyesight could benefit from extra room for larger fonts.

The iPhone 6 Plus may not be the most visually distinctive phablet device on the market, nor the most feature-packed, but it is a big step forward in the world of Apple mobile devices. This is the most potent iPhone yet, and a serious contender in this, the most serious segment of the smartphone market.


Fastcompany
If you find that the notion of an iPhone with a 4.7-inch screen screen requires mental adjustment, the 5.5-inch display on the iPhone 6 Plus will be even harder to get your head--and hands--around. Though Apple will never use the term “phablet” to describe it, the 6 Plus does indeed feel like a more-or-less-pocketable tablet. From the start, Apple has never attempted to make its phones do everything; it's just tried to make them do the things they do as well as possible. It's not an approach designed to please impatient types. But by keeping people waiting for much-requested features, the company bought the time to do them right in the iPhone 6 and 6 Plus. iPhone fans, your life is about to get better--and the smartphone wars are going to get more interesting for everybody involved.

WSJ
That 0.7-inch bump in screen size from the 5S to the 6 buys you a lot. You get an extra row of apps on the home screen and can see an extra email in your inbox. Long-form reading is easier: When using the Kindle app, setting fonts to roughly the same size, I got about 30 more words on each iPhone 6 screen than on an iPhone 5S. (That means a third less time turning virtual pages.) And anyone with poor vision will appreciate a new “zoomed” mode that’s like reading glasses for your iPhone.


If you see another review we should add. Let us know in the comments!

iScrewed - September 17, 2014 at 3:32pm
This is what happens when you try to copy someone else's phones size without knowing anything about it
Reply · Like · Mark as Spam
1

Techno - September 17, 2014 at 4:52pm
Ain't that the slogan for galaxy...we copy, release and hold you like it before you find out its a niche. What are you in here trolling for what? The sad like of android user is beyond believable now a days.
Reply · Like · Mark as Spam
0

Chao - September 17, 2014 at 11:32am
This is ridicule how all people in china an all tv channel have a iPhone 6 & 6 plus . I thinks that Apple lose the magic mistery that no body can't have a divide before they release . Wow !!!
Reply · Like · Mark as Spam
13 More Comments
Recent