Apple is planning to disable its iAd sales team and will shift towards a more automated platform, reports John Paczkowski for BuzzFeed.

Apple launched iAds back in 2010 but their high cost and the company's 'control-freak stewardship' of campaigns led to slow adoption. In addition, Apple didn't do as well selling direct selling ads as they had hoped.

“It’s just not something we’re good at,” one source told BuzzFeed News.

Now the company is planning to leave the creation, selling, and management of ads to the publishers. iAd sales team members will reportedly be offered buyouts as early as this week.

Apple is phasing out its iAd sales force entirely and updating the iAds platform so that publishers can sell through it directly. And publishers who do so will keep 100% of the revenue they generate. It’s not clear what this means for Rubicon Project, MediaMath, and the other ad tech companies that had been overseeing programmatic, or automated, demand-side ad buying on the platform, but it doesn’t look good. Since everything can be done directly through the updated iAd platform, it’s likely that most of it will.

Well the change seems like a defeat, it may actually be good for publishers and the platform. One source told BuzzFeed, “I think this is going to be great for publishers. It gives them direct dialogue with their customers as opposed to forcing them to go through an Apple middleman. Access will be more plentiful and easier to manage — theoretically.”

Some of the stumbling points for iAd have been Apple's 'hard-charging sales tactics', its strong options on creatives, and its tight control of marketing data. One ad exec likened iAd to the 'the best-looking girl at the party, forced to wear a bag over her head.' Last year, iAd captured 5.1% of mobile display advertising revenue. Compare that to Facebook at 37.9% and Google at 9.5%.

“This has been a long time coming,” a source said. “Honestly, I’m surprised it didn’t happen sooner — it should have.” 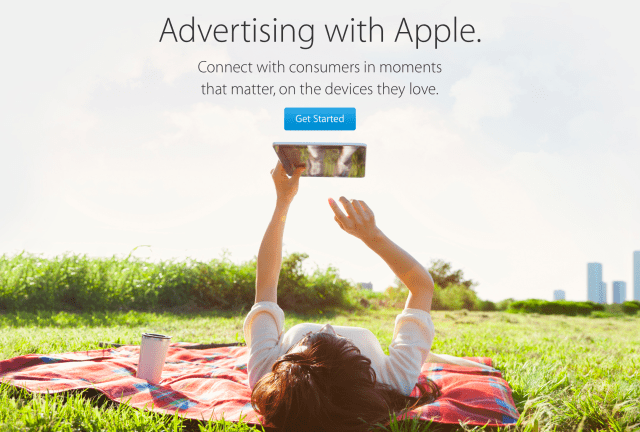