Apple has issued a statement addressing reports that claimed the company was planning to remove the ability to navigate iOS with the Apple Pencil.

The navigation capabilities of the Apple Pencil first disappeared in iOS 9.3 beta one. Initially believed to just be a temporary removal due to the firmware's beta status, users because increasingly distraught with each passing beta.

Some reports even confirmed the removal was intentional.

Relay.fm co-founder Myke Hurley said, "Sources in the know confirm that removing the functionality of the Apple Pencil is a decision inside of Apple. It is not a bug they have overlooked for three betas. It is a decision."

Today, Apple decided to get ahead of the rumor and has issued the following statement to The Verge:

Apple Pencil has been a huge hit with iPad Pro users, who love it for drawing, annotating and taking notes. We believe a finger will always be the primary way users navigate on an iPad, but we understand that some customers like to use Apple Pencil for this as well and we’ve been working on ways to better implement this while maintaining compatibility during this latest beta cycle. We will add this functionality back in the next beta of iOS 9.3.

So, it shouldn't be long until the Apple Pencil navigation features are added back to iOS 9.3 Preview. Please follow iClarified on Twitter, Facebook, Google+, or RSS for updates. 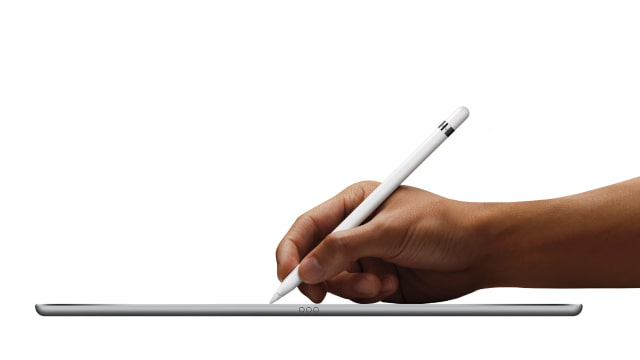 . - February 24, 2016 at 4:37am
And that was just for a bugger display. The pen has nothing on apple pencil that's made to work like art on an eisel instead of something phone sized.
Reply · Like · Mark as Spam