Jonathan Levin, author of MacOS and iOS Internals, reveals that a jailbreak of iOS 10.3.2 is possible thanks to a libxpc vulnerability discovered by Ian Beer of Google Project Zero.

In a tweet minutes ago, Levin said the security flaw can be adapted into a dev jailbreak and recommends users downgrade to iOS 10.3.2 while they can.

No word on whether Levin plans to release this jailbreak but if you're eagerly awaiting a jailbreak, you may want to take his advice. CVE-2017-7047 affects the iPhone 5 and later, iPad 4th generation and later, and iPod touch 6th generation. 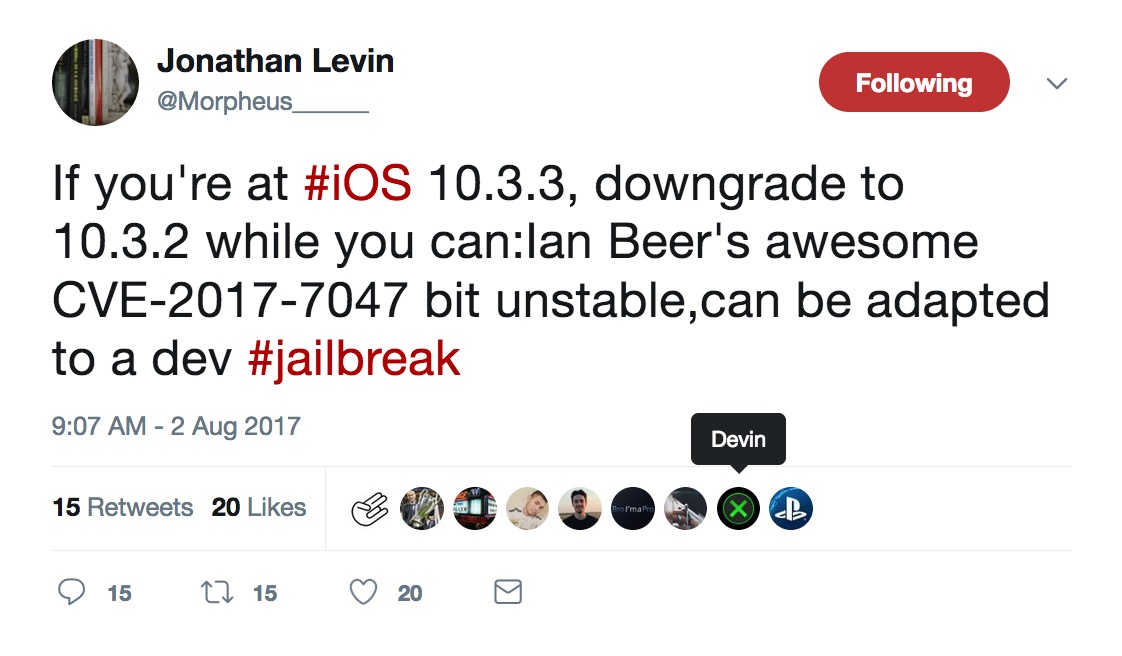