Disney will end its distribution agreement with Netflix and launch a new Disney-branded direct-to-consumer streaming service in 2019, according to a press release from the company today. In addition the company announced plans to launch an ESPN-branded multi-sport video streaming service early next year.

To power the new services, Disney will pay $1.58 billion to acquire an additional 42% in BAMTech, a MLBAM company that provides direct-to-consumer streaming technology and marketing services, data analytics, and commerce management. Disney previously acquired a 33% stake in BAMTech under an agreement that included an option to acquire a majority stake over several years.

The new service will be accessed through an enhanced version of the current ESPN app. In addition to the multi-sport service, the ESPN app will include the news, highlights, and scores that fans enjoy today. Consumers who are pay TV subscribers will also be able to access the ESPN television networks in the same app on an authenticated basis. For many sports fans, this app will become the premier digital destination for all their sports content.

The new Disney-branded service will become the exclusive home in the U.S. for subscription-video-on-demand viewing of the newest live action and animated movies from Disney and Pixar, beginning with the 2019 theatrical slate, which includes Toy Story 4, the sequel to Frozen, and The Lion King from Disney live-action, along with other highly anticipated movies. Disney will also make a significant investment in an annual slate of original movies, TV shows, short-form content and other Disney-branded exclusives for the service. Additionally, the service will feature a vast collection of library content, including Disney and Pixar movies and Disney Channel, Disney Junior and Disney XD television programming.

With this strategic shift, Disney will end its distribution agreement with Netflix for subscription streaming of new releases, beginning with the 2019 calendar year theatrical slate.

Plans are for the Disney and ESPN streaming services to be available for purchase directly from Disney and ESPN, in app stores, and from authorized MVPDs.

“We’re very proud of the content distribution innovations driven by MLBAM and BAMTech over the past 15 years,” said Commissioner of Baseball Robert D. Manfred, Jr. “Major League Baseball will continue to work with Disney and ESPN to further grow BAMTech as it breaks new ground in technologies for consumers to access entertainment and sports programming.”

“This is an exciting validation of our team, its achievements and the customer-centric platform it’s built,” said Michael Paull, Chief Executive Officer of BAMTech. “Yet, we’ve merely scratched the surface of what can be accomplished in a future where we combine Disney and ESPN’s world-class IP and our proprietary direct-to-consumer ecosystem.”

The BAMTech transaction is subject to regulatory approval, and upon closing, Mr. Iger will serve as Chairman of the BAMTech Board. MLBAM and NHL will continue as minority stakeholders in BAMTech, with seats on the Board. Mr. Paull will report to Kevin A. Mayer, Senior Executive Vice President and Chief Strategy Officer, The Walt Disney Company. John Skipper, ESPN President and Co-Chairman, Disney Media Networks, will manage the new ESPN-branded service.

Netflix's stock has dropped about 3% in after hours trading. 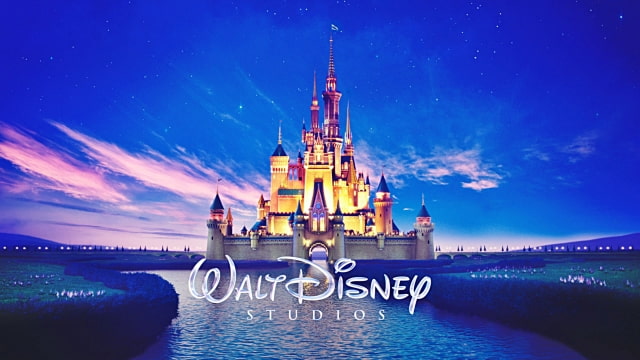 Mike60 - August 9, 2017 at 7:02am
Oh great! More fragmentation in the streaming industry. I will not pay for any more services. I wonder if they realise that the piracy will grow again because of fragmentation.
Reply · Like · Mark as Spam

Chris - August 9, 2017 at 9:37am
Well said. The fragmentation causes me not to want to purchase a subscription to any of them.
Reply · Like · Mark as Spam

Well... - August 9, 2017 at 1:59am
I'm not going to pay for Netflix and Disney, Netflix is more important, I can do without Disney movies for streaming. I'll just buy them on blu-ray
Reply · Like · Mark as Spam
Recent