A photo of Apple's new 3D sensing module for the iPhone 8 has allegedly been leaked on Slashleaks.

The iPhone 8 is expected to feature a 'revolutionary' front camera with 3D sensing capabilities. The system will feature three modules that run algorithms created by PrimeSense, an Israeli company Apple acquired in 2013, according to reports.

The three modules include an infrared transmitting module, an infrared receiving module, and the front camera module itself. Working together the system will be able to find the location and depth of objects in front of it, potentially enabling new functionality such as facial and iris recognition. It could also be used for some gaming applications and future AR or VR experiences. 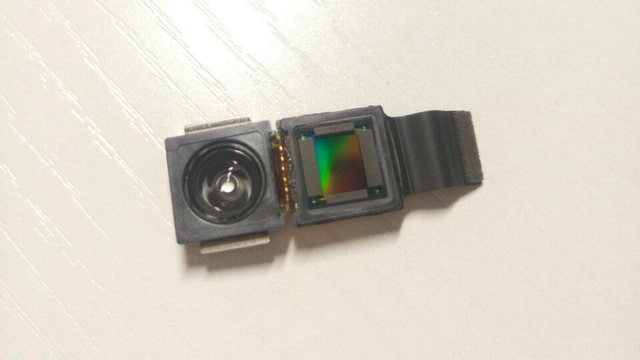