iOS 12.1.1 adds features and fixes bugs for your iPhone and iPad.

Features and improvements include:
● Notification preview using haptic touch on iPhone XR
● Dual SIM with eSIM for additional carriers on iPhone XR, iPhone XS, and iPhone XS Max
● One tap to flip between the rear and front-facing camera during a FaceTime call
● Live Photo capture during one-to-one FaceTime calls
● The option to hide the sidebar in News on iPad in landscape orientation
● Real-time text (RTT) when using Wi-Fi calling on iPad and iPod touch
● Stability improvements for dictation along with VoiceOver 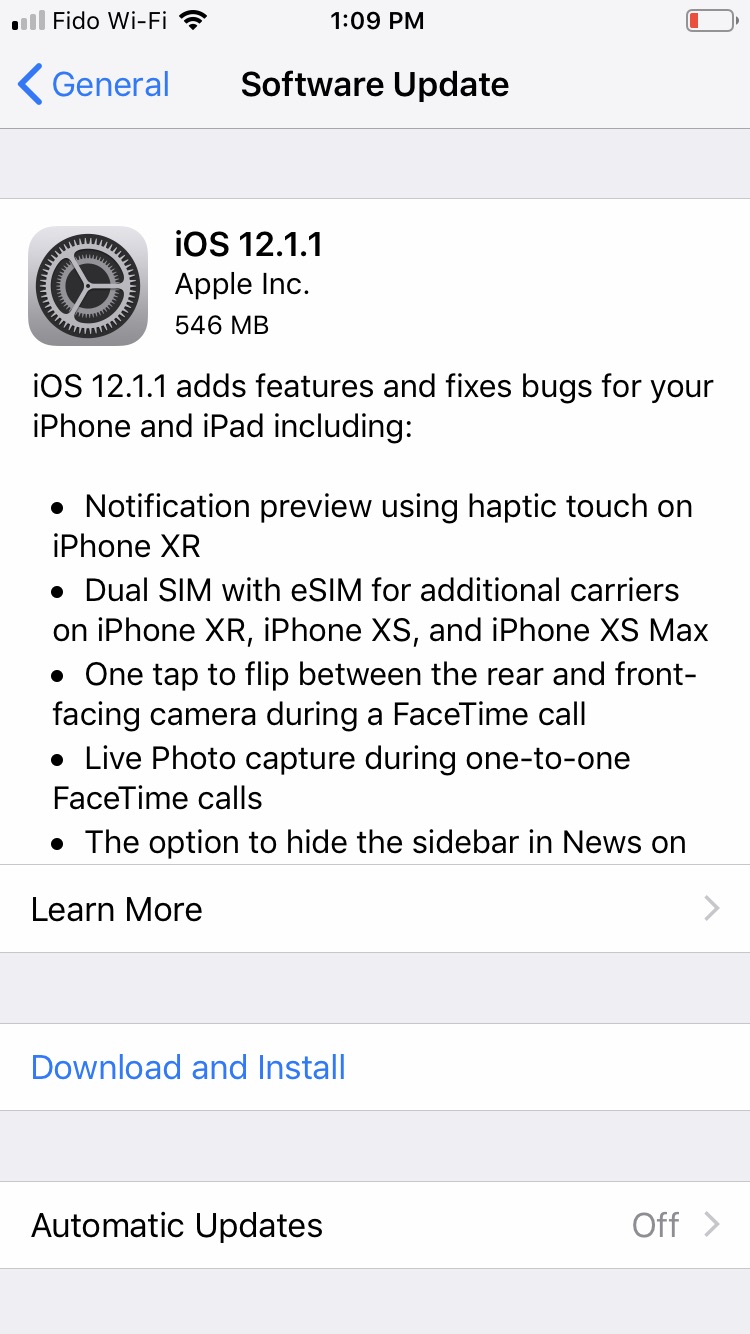 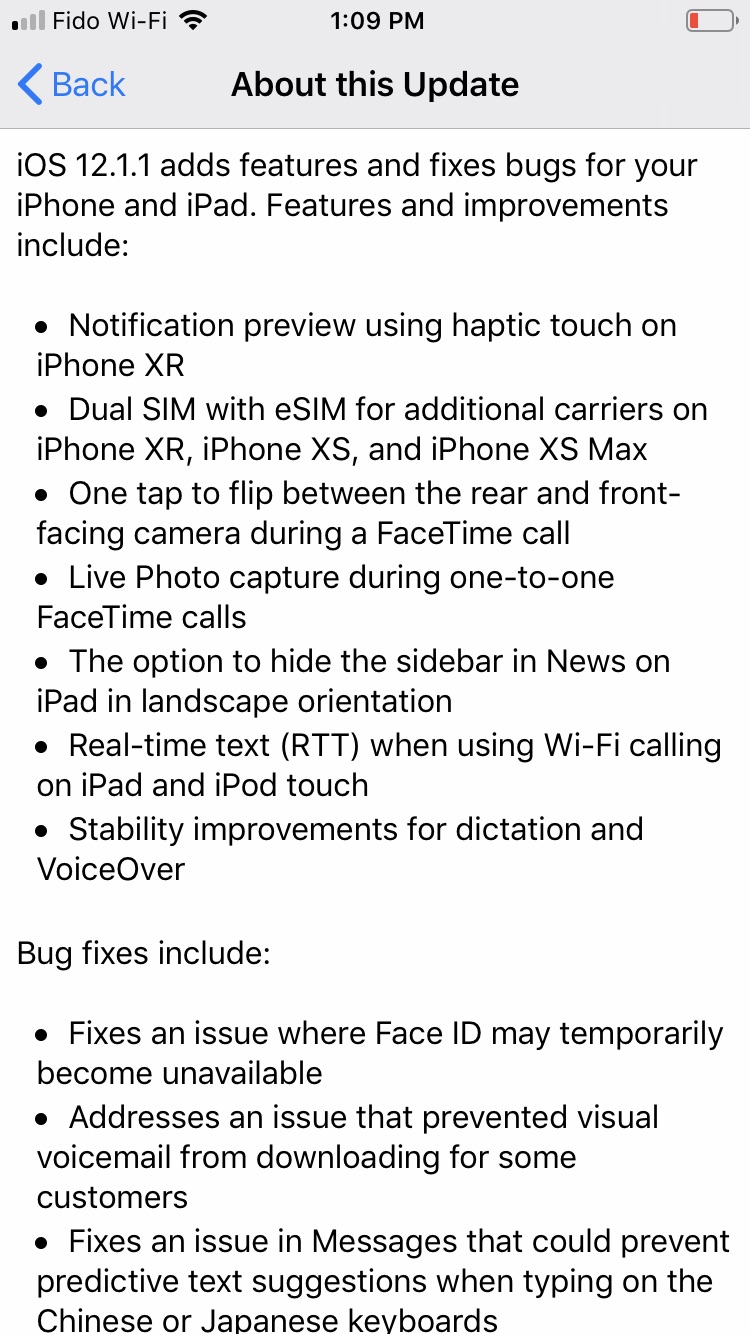 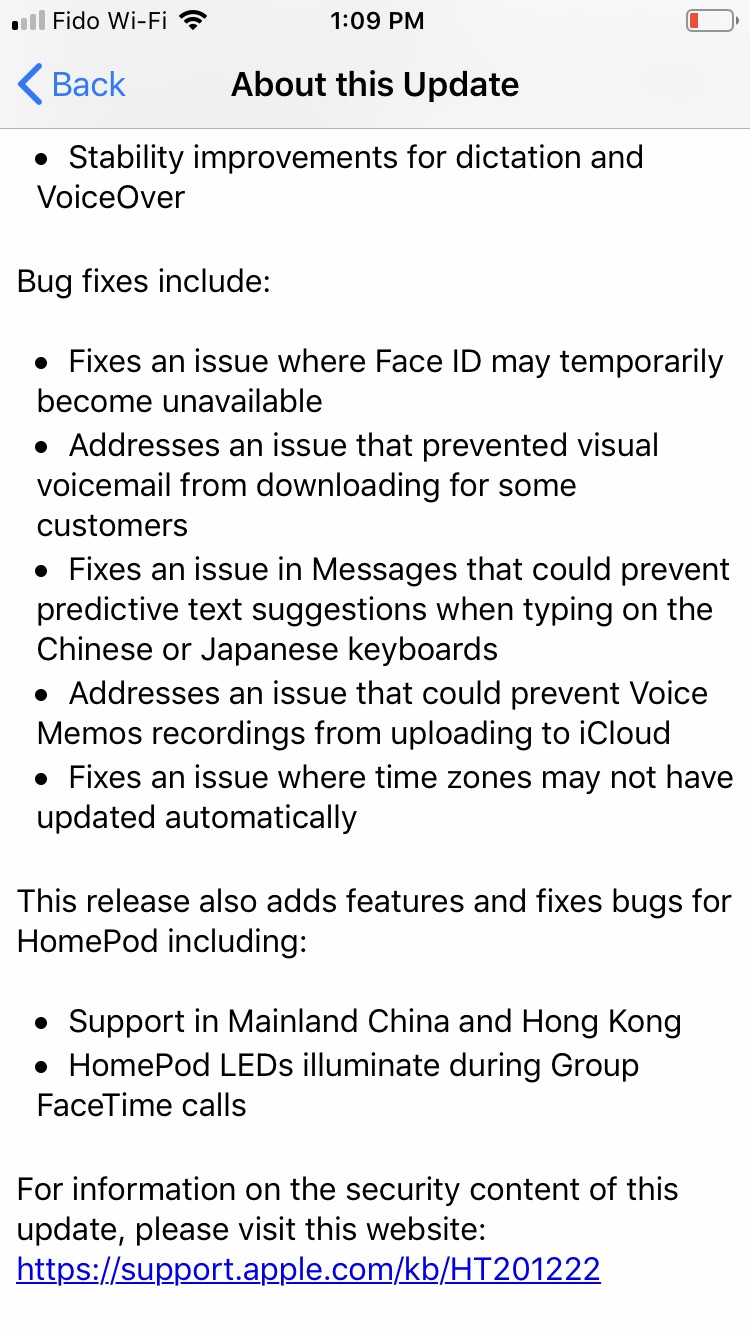 miteshbathia - December 9, 2018 at 5:09am
In this software update the cellular data not working (jio)
Reply · Like · Mark as Spam

miteshbathia - December 9, 2018 at 5:10am
Menace no apps update with cellular data
Reply · Like · Mark as Spam

NoGoodNick - December 5, 2018 at 7:37pm
Absolutely no mention of whether this update is safe for iPhone X or not. Since iOS 12.1.1 beta didn’t resolve the photo display issue (the washed out display was a separate issue), I’m assuming it’s a no-go for X users. It’s hard to see how they can ‘rerelease’ the iPhone X when they’re still treating it as an abandoned product.
Reply · Like · Mark as Spam