Microsoft has announced that it plans to move its Edge browser to Google's open source Chromium platform to create better web compatibility for customers and less fragmentation for web developers.

Ultimately, we want to make the web experience better for many different audiences. People using Microsoft Edge (and potentially other browsers) will experience improved compatibility with all web sites, while getting the best-possible battery life and hardware integration on all kinds of Windows devices. Web developers will have a less-fragmented web platform to test their sites against, ensuring that there are fewer problems and increased satisfaction for users of their sites; and because we’ll continue to provide the Microsoft Edge service-driven understanding of legacy IE-only sites, Corporate IT will have improved compatibility for both old and new web apps in the browser that comes with Windows.

Notably, Microsoft has also announced that it expects to release the new Edge browser for macOS. Here's a look at the changes the company has planned.

Microsoft Edge + OSS: a new emphasis for Microsoft
Over the next year or so, we’ll be making a technology change that happens “under the hood” for Microsoft Edge, gradually over time, and developed in the open so those of you who are interested can follow along.

The key aspects of this evolution in direction are:

1. We will move to a Chromium-compatible web platform for Microsoft Edge on the desktop. Our intent is to align the Microsoft Edge web platform simultaneously (a) with web standards and (b) with other Chromium-based browsers. This will deliver improved compatibility for everyone and create a simpler test-matrix for web developers.

2. Microsoft Edge will now be delivered and updated for all supported versions of Windows and on a more frequent cadence. We also expect this work to enable us to bring Microsoft Edge to other platforms like macOS. Improving the web-platform experience for both end users and developers requires that the web platform and the browser be consistently available to as many devices as possible. To accomplish this, we will evolve the browser code more broadly, so that our distribution model offers an updated Microsoft Edge experience + platform across all supported versions of Windows, while still maintaining the benefits of the browser’s close integration with Windows.

3. We will contribute web platform enhancements to make Chromium-based browsers better on Windows devices. Our philosophy of greater participation in Chromium open source will embrace contribution of beneficial new tech, consistent with some of the work we described above. We recognize that making the web better on Windows is good for our customers, partners and our business – and we intend to actively contribute to that end.

Web developers are invited to join the community and install preview builds when they become available. Microsoft should have a preview build ready in early 2019. 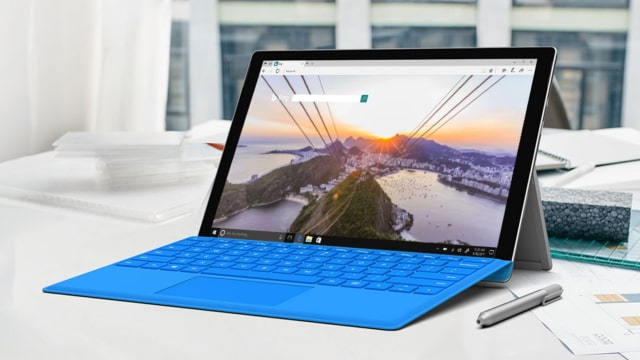