Apple is planning to unveil macOS 10.15, a major update to its operating system for Mac, at the company's Worldwide Developers Conference in June, reports Bloomberg.

The biggest update to macOS will be the ability to run iPad apps. Apple is planning to release a software development kit that will allow developers to easily port their iPad apps to Mac. For now, developers will need to submit separate version of their app to the Mac App Store and the App Store; however, in the future, Apple plans to merge iPhone, iPad, and Mac apps into a single download that can run on any device.

Here are some of the other features Bloomberg predicts for macOS 10.15:
● New Podcasts app
● Merged Find My iPhone and Find My Friends app. The app may work with a physical beacon to let you find lost items, rivaling Tile.
● New Apple Music app
● Screen Time
● Effects and stickers for Messages
● Integration with Siri Shortcuts
● New Reminders app
● Updates to Apple Books

It's also suggested that Apple could unveil its redesigned Mac Pro and rumored new external monitor (codenamed J290) with HDR support at the event. 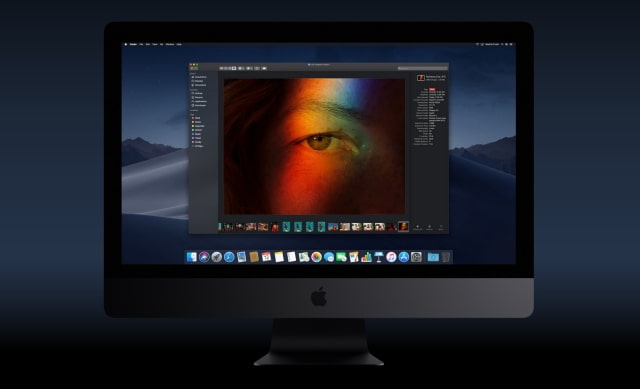 NoGoodNick - May 6, 2019 at 9:47pm
Oh, and since they’re replacing so many staples that millions depend on, I suggest everyone other than developers avoid this upgrade until after they resolve the dozens of bugs it’ll undoubtedly introduce. We all want to replace iMusic, but I’d rather wait for one which actually works.
Reply · Like · Mark as Spam

NoGoodNick - May 6, 2019 at 9:42pm
Trust me, you WON’T be able to run apps on this version. They added the facilities for adding the feature later, in a separate OS release, likely when they finally decide to DELETE everyone’s remaining 32-bit Mac programs, so few will complain about losing their legally purchased software. Apple’s never cared about what you purchased, but they’re fed up with people griping about it.
Reply · Like · Mark as Spam
Recent