Samsung is preparing a massive upgrade to the camera on its next generation smartphone, according to a new report from Bloomberg.

Sources tell the site that the Galaxy S11 will feature a 108MP rear camera with 5X optical zoom.

Its upcoming Galaxy S11 will sport a 108-megapixel sensor for the main camera -- versus the iPhone 11’s 12 -- flanked by three more on the back of the device including an ultrawide-angle lens and 5x optical zoom, they said. The marquee device will also adopt a time-of-flight sensor for depth detection similar to one already in the Note 10+, a feature that can aid portrait photos and augmented-reality applications, the people said, asking not to be identified discussing specifications that haven’t been made public.

Samsung is also expected to upgrade the Galaxy Fold with the same high-resolution sensor and 5X zoom. The new smartphones will likely be unveiled in February.

If the new camera system does surpass the one in the iPhone 11 Pro, Samsung will enjoy an advantage in two key areas until the next generation iPhone launches in the fall. The other area being 5G. 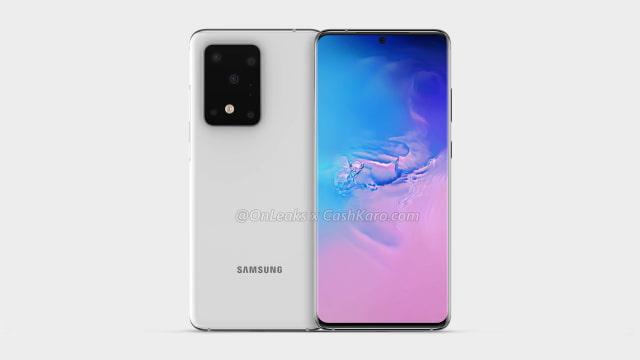