Apple's computers have once again topped the American Customer Satisfaction Index; however, Samsung is just now just one point behind.

While Apple receives its highest marks for design, Samsung performs well in the value category, rating best among all PC makers.

Design remains the most appreciated aspect of the customer experience at the high benchmark of 82. Graphics and sound quality are well regarded (81) and accessories are getting better (80). Many other elements are strong and stable for the industry this year, including software/apps and ease of operation (80). After improving 3% one year ago, website satisfaction holds steady at 80. Likewise, reliability in terms of systems crashes keeps to its higher score of 79 following last year’s gain. Processor speed shows a two-year upswing, now reaching 79 (+3%) after showing some room for improvement in 2018 (76). Features, which tend to rate on the lower end for computers, are stable at 78. The only part of the PC experience to remain a sore spot for customers is contacting companies by phone. While call center satisfaction has gotten better, up 3% to 70, this factor is well out of range compared to the rest of the customer experience.

Check out the charts below and hit the link for the full report! 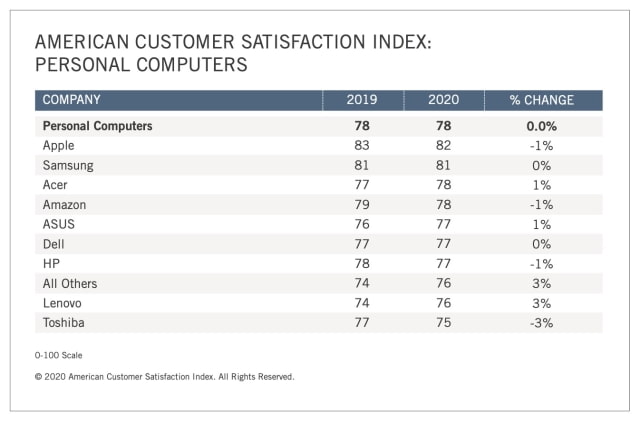 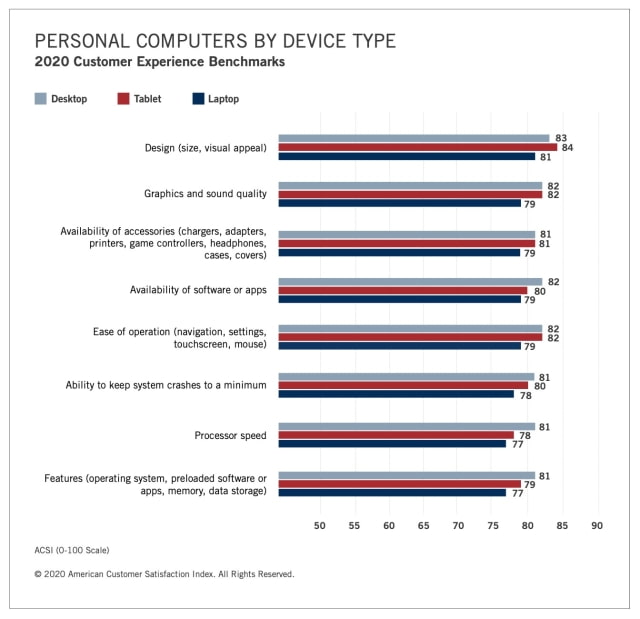