The NASA Perseverance rover is powered by a PowerPC 750 processor that was used in Apple's original 1998 iMac G3, reports New Scientist via Gizmodo.

Pricing for the RAD750 is significantly higher than you might expect. The processor costs in excess of $200,000 USD mainly due to radiation hardening revisions to the PowerPC 750 architecture and manufacturing, stringent quality control requirements, and extended testing of each processor chip manufactured. [W]

“A charged particle that’s racing through the galaxy can pass through a device and wreak havoc,” James LaRosa at BAE Systems told NewScientist. “It can literally knock electrons loose; it can cause electronic noise and signal spikes within the circuit.”

Most importantly, NASA uses the RAD750 because it's reliable.

“Compared to the [Intel] Core i5 in your laptop, it’s much slower…it’s probably not any faster than your smartphone,” Matt Lemke, NASA’s deputy manager for Orion’s avionics, told The Space Review back in 2014. “But it’s not about the speed as much as the ruggedness and the reliability. I need to make sure it will always work.”

The RAD750 powers around 100 satellites orbiting Earth that provide GPS, imaging, weather, and military data. LaRosa says not one of those has failed.

You can learn more about the Perseverance rover at the link below... 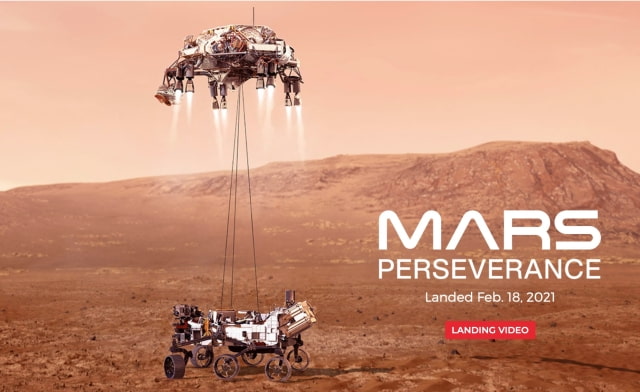