At the top of the Browse page in the Apple Music music app, a teaser reads...

Below the text is an image of the Apple Music logo.

Notably, recent rumors have claimed that Apple plans to unveil its next generation AirPods alongside a new HiFi tier for Apple Music on May 18th. We now know Apple is planning an announcement but it's still unclear what exactly will be revealed. 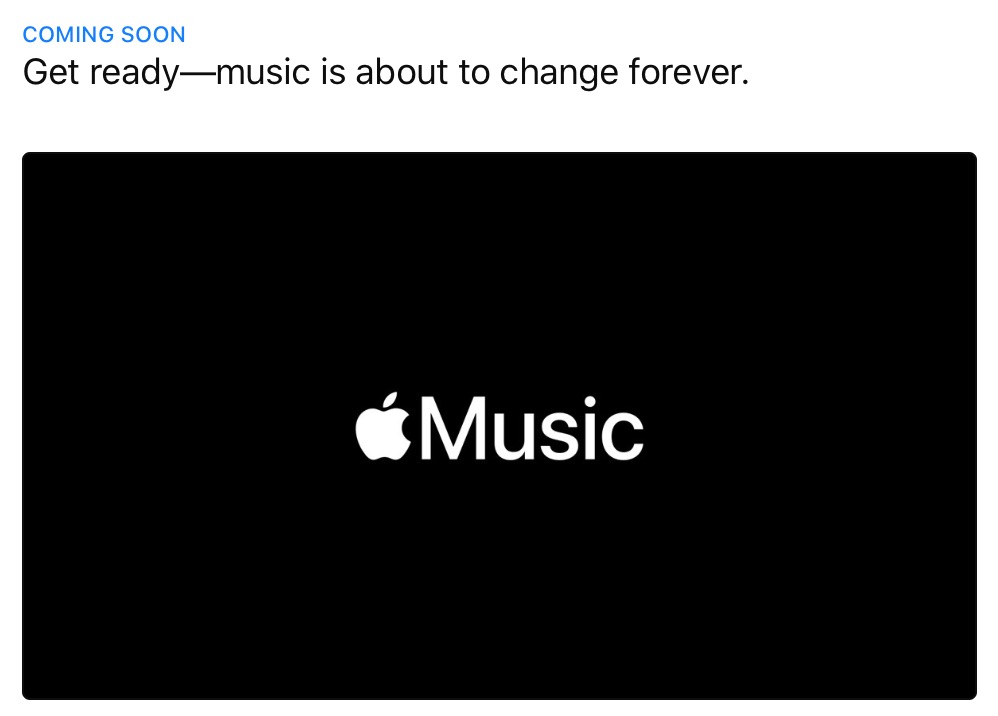