Intel has launched another attack campaign against Apple's MacBook, reports PCGamer. The company told the site that it's the poor gaming experience of a Mac that makes its own devices superior.

This wasn't an idle boast either, Intel has thrown some research behind its feeling. Not only are Apple Macs rubbish because they run Apple's own M1 silicon, which is obviously inferior to what Intel used to make, but over half of the most popular games don't even run on the platform. 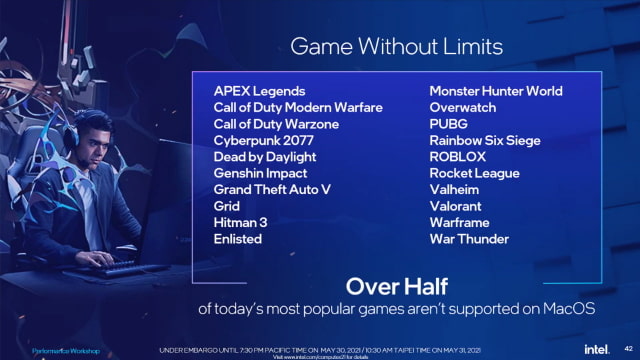 Intel also produced a benchmark chart comparing a 16-inch Core i9-9980HK MacBook Pro with an AMD Radeon Pro 5600M to the Core i5 11400H alongside a GeForce RTX 3060. The chart compares the relative performance of the two running various games on Windows 10 (Boot Camp) and macOS. 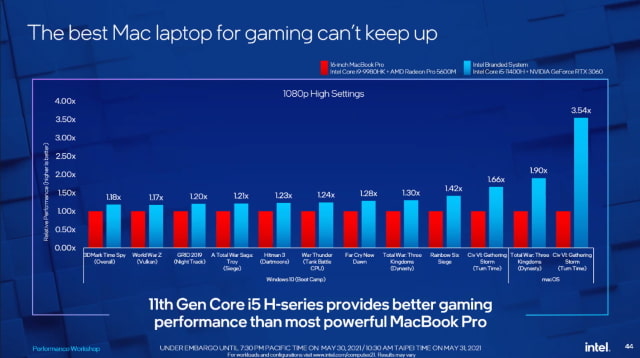 The company notes that many creators also game, pitching a Windows laptop that can do both as a better option.

When asked if it was burning bridges with Apple, Intel said Apple has been very public about moving to its own silicon and that it is now a competitor. 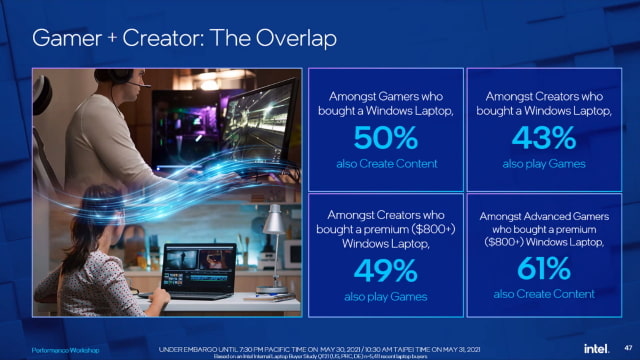 McApple1 - June 1, 2021 at 3:02pm
In-h3ll but hurt that OWC can actually breathe life into Macs and have stopped low next to cumicro$oft or shamsung.
Reply · Like · Mark as Spam