Apple CEO Tim Cook earned $14.8 million in compensation last year, according to the WSJ's annual ranking of pay and performance for leaders of S&P 500 companies.

Cook earned more than the median pay of $13.4 million for chief executives; however, he was far from the top of pack. The highest paid CEO was Paycom Software founder Chad Richison who brought in over $200 million. Seven CEOs were awarded compensation valued at over $50 million, compared to two in 2019 and three in 2018. 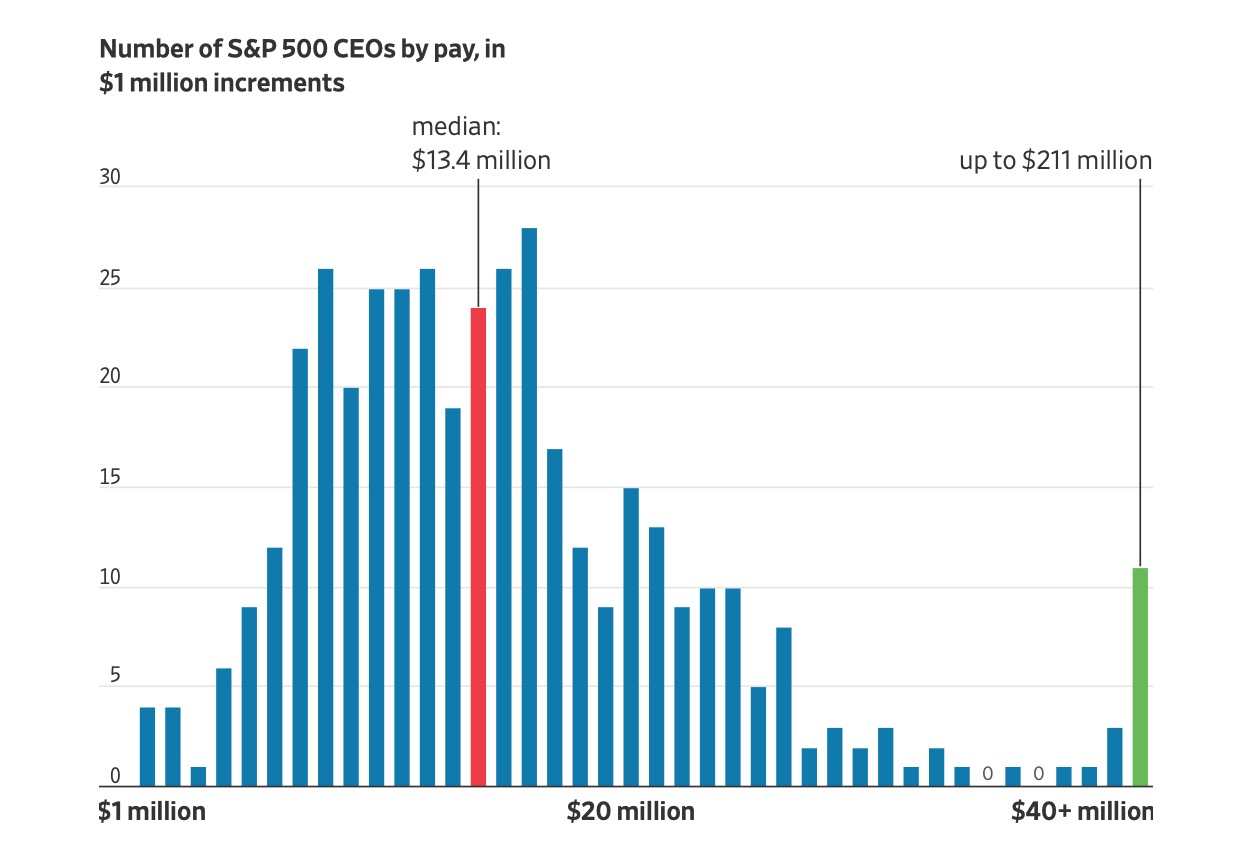 Most of the companies led by this year’s top earners aren’t typically in the pay stratosphere. Several reflect the winners of the pandemic and its economic turmoil, including videogame maker Activision Blizzard Inc. and biotech giant Regeneron Pharmaceuticals Inc. Most CEO compensation packages are predominantly restricted stock or stock options, as boards continue to emphasize pay structures intended to tie executive pay to the fortunes of shareholders generally. As a result, as stock prices rise, pay packages can swell beyond reported figures: General Electric Co. CEO Larry Culp received equity grants in 2020 originally valued at about $57 million that rose to $100 million by year’s end.

Hit the link below to check out the full report... 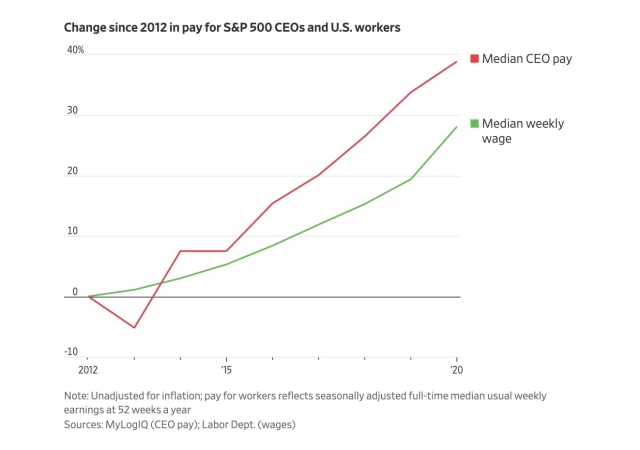 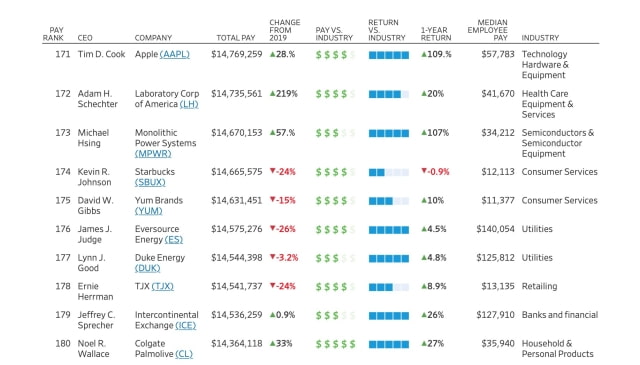